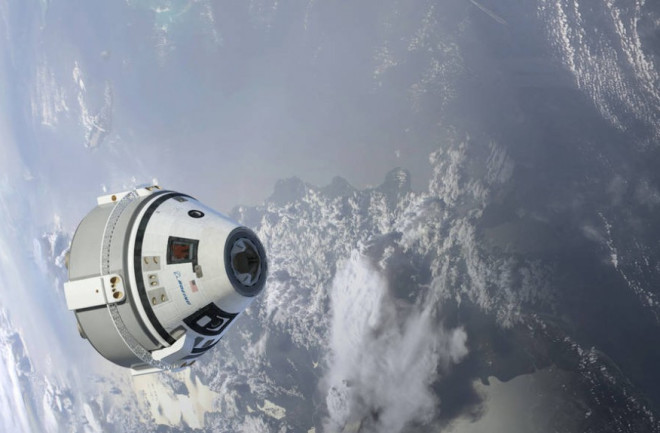 Boeing's Starliner crew capsule is delayed from test flights in April and August to August and November. (Credit: Boeing)

The schedule for Boeing’s Starliner spacecraft has slipped again, and the company will no longer launch an uncrewed test flight to the International Space Station in April, Reuters has reported. The flight is being pushed back to August. Starliner is Boeing’s entry for NASA’s Commercial Crew Program to ferry both cargo and people to the ISS and back. The company’s spaceship is a competitor with SpaceX’s Crew Dragon, which successfully docked with the ISS earlier this month – albeit without crew. SpaceX is aiming to launch astronauts this summer.

This Starliner schedule slip will also delay Boeing’s first crewed test flight, according to the same reporting, from August to November. That could mean SpaceX puts humans in space before Boeing even gets to fly its uncrewed test.

Margin of Error is Shrinking

This is a blow not only to Boeing, but also to NASA as well. The space agency has been purchasing seats on Russian Soyuz rockets since the end of the space shuttle era in 2011. NASA currently has no crew capabilities of its own to carry humans into space. While SpaceX is on target to gain full accreditation this year, Boeing’s delay leaves NASA in a precarious position. If SpaceX slips in their scheduling, NASA will be left without a domestic partner at the end of 2019.

This timing pressure is exactly what the NASA safety report highlighted as a concern. Experts warned that they did not want to see NASA or its commercial partners rushing any safety tests in order to meet deadlines. Whether it was safety or production problems that caused the most recent schedule slippage is unclear at this time.

In July 2018, Boeing discovered a propellant leak after test firing their engines. SpaceX has also had problems with fuel leakages, but since discovering the problem in 2016, the company has been working to correct it. Both SpaceX and Boeing still have work to do finalizing their parachute systems for landing.

They each need the next tests to go well in order to earn NASA’s permission to fly full missions to the ISS.