Blazars Are Just Black Holes Shining Light in Your Eyes

Just staring down the barrel of a black hole, nothing to be alarmed about. 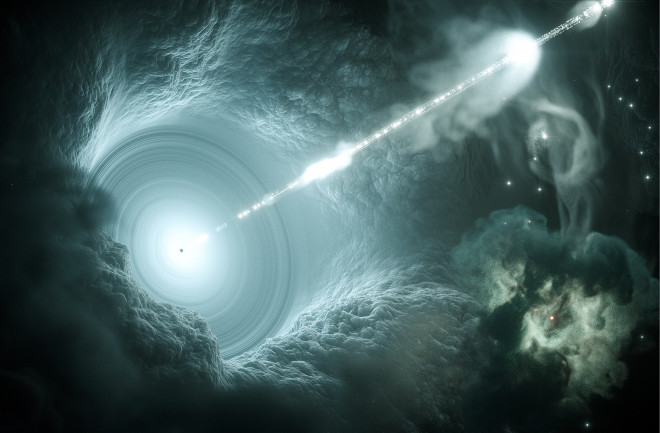 So, what is a blazar, anyway?

At the center of most galaxies — including our own Milky Way — lie gargantuan black holes millions or even billions of times as massive as our sun. In some galaxies, a swirling disk of trapped gas, dust and stellar debris collects around these supermassive black holes.

While you probably imagine a black hole as a dark vacuum in space, when material in the disk falls toward the black hole, it produces energy that can turn into light, making the centers of these galaxies actually very bright. Some of these bright spots also eject colossal jets of particles that travel close to the speed of light. Scientists often refer to these black holes, jets and all, as quasars.

But when such a galaxy happens to be oriented so one of the jets points toward Earth — so we’re basically staring it in the face — it’s called a blazar. It’s the same thing as a quasar, just pointed at a different angle. Those jets can produce high-energy neutrinos like the one detected by IceCube.

The word blazar, by the way, is a mashup of a term derived from the first known example (BL Lacertae) and quasar.