NASA's about to take a long break from manned flight, but job opportunities for astronauts are looking better than ever. 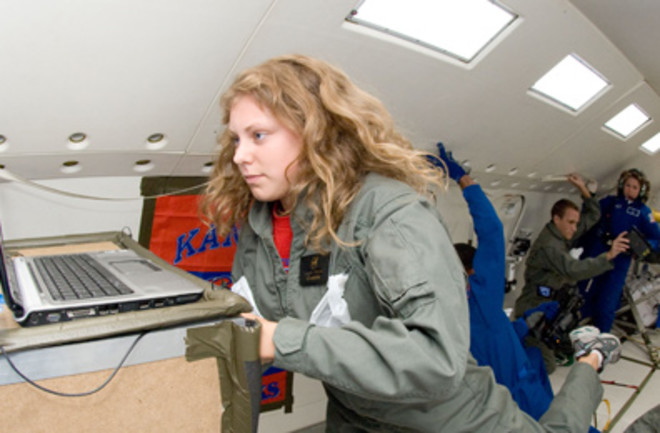 Brian Shiro always dreamed of becoming an astronaut, and he planned his life accordingly. He studied planetary science in graduate school, interned at NASA three times, learned to fly, and ran marathons. Then in January 2009, after beating out 3,500 other applicants to qualify for one of the final rounds of NASA’s astronaut selection process, he learned that he had missed the cut.

Until recently NASA was the only game in town for aspiring astronauts like Shiro. But for the first time in the history of manned spaceflight, astronauts will soon be able to reach the final frontier in vehicles neither designed nor operated by a government space agency. Once NASA completes its last shuttle mission (it's scheduled to land this week), its manned exploration arm will become little more than a deep-pocketed customer.

For seats on private space vehicles, each of which will require trained pilots and crew. That shift could open up outer space to a new class of astronaut, trained and employed more like airline pilots than Apollo explorers. “These changes create the potential for the first-ever privately trained astronauts,” says Ken Bowersox, a vice president at SpaceX and a former NASA astronaut.

Over the last decade, NASA has forcibly lost its monopoly over manned spaceflight. The federal government ordered the agency to retire the shuttle fleet and gut its ambitious Constellation program to send humans to the moon and Mars. This summer a federally funded panel will conclude a study on the proper “role and size” of its 60-member astronaut corps, perhaps recommending layoffs or slashing training budgets. For at least the next few years, the only way into space for an American astronaut will be aboard Russia’s Soyuz spacecraft at $62 million per seat. “You could see that there were going to be fewer opportunities for astronauts at NASA,” says Bowersox, who left the agency in 2006.

Meanwhile, the commercial space sector is booming. More than 20 companies—including longtime NASA partners like Boeing as well as upstarts like SpaceX and Bigelow Aerospace—have bid for hundreds of millions in NASA grant money to develop launch and orbital vehicles. The agency plans to start sending astronauts to the International Space Station on private flights by 2015. Other companies are focusing on suborbital tourist flights, which provide several minutes of weightlessness and stunning views. All of the private players are a few years away from commercial launches, but some have already begun hiring spaceflight staff. (NASA plans to test its private surrogates with cargo runs before trusting them with a crew.) Bigelow recently ran a help-wanted ad for “professional astronauts” with “flight experience on a recognized space mission.” Only a few hundred people worldwide can fulfill those requirements—and many of them are senior citizens, veterans of NASA’s good old days.

Last year, aiming to get some fresh blood into the pipeline, Shiro cofounded Astronauts4Hire, a nonprofit organization that he says will train the first generation of commercial spaceflight crews. Beginning this summer, 5 to 10 of the group’s members will experience crushing g-forces in a giant rotating centrifuge and may even confront weightlessness on parabolic jet flights. Astronauts­4Hire’s initial program, which lasts a few weeks and runs $10,000 per person, is a far cry from the two years of grueling training given to NASA recruits, but Shiro hopes it will give participants a jump on the competition. “We will work out agreements with major companies to train at their facilities and get certified to fly on their vehicles,” he says.

The final authority on private astronauts rests with individual companies and with the Federal Aviation Administration (FAA), the regulatory agency that grants licenses for all U.S. commercial flights—now including spaceflight. The FAA’s space-travel guidelines are deliberately broad so as not to limit innovation in the nascent field. “We don’t want to pretend that we know all the answers today,” says George Nield, FAA’s associate administrator for commercial space transportation.

Many of the same people who usually earn spots with NASA (such as military test pilots) should still have an advantage in the new order, but the combination of multiple companies and flexible regulations may create opportunities for a broader group of would-be astronauts. The FAA simply requires that candidates pass the same medical exam given to commercial airline pilots. In addition, companies will be looking for varied flight backgrounds to reflect the eclectic collection of vehicles in development. Sierra Nevada’s Dream Chaser takes off vertically and lands on a runway like the space shuttles; Blue Origin’s New Shepard takes off and lands vertically. When Blue Origin hires its crew, a helicopter pilot used to hovering over a helipad may have a leg up on a fighter pilot accustomed to runway landings.

Depending on how these commercial enterprises grow, there could be hundreds of spaceflights each year from several outfits, or one or two may dominate. Whatever happens, the role and image of astronauts will almost certainly change. The Outer Space Treaty of 1967 called them “the envoys of mankind,” but as flights become routine, the ultra-elite job may eventually turn more blue collar. Still, Shiro points out that true pioneers like John Glenn, Neil Armstrong, and future daredevil explorers will remain in a league of their own. “We’ll always have this romantic view of astronauts,” he says, “especially if we continue out to Mars and beyond.”

SUBORBITAL FLIGHT A flight that reaches an altitude of more than 100 kilometers above sea level. A parabolic flight, by contrast, operates at lower altitudes similar to those of commercial jets but creates a few seconds of weightlessness as the plane’s path crests.

CENTRIFUGE A device that rotates its contents—in this case, astronauts in training—to subject them to forces stronger than Earth’s gravity, such as those experienced during a rocket launch.