Chariklo is the smallest known object to sport them. 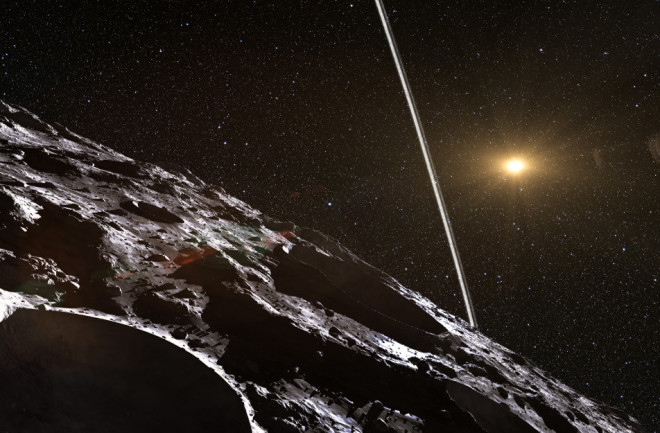 An illustration of asteroid (10199) Chariklo passing in front of a distant star. | ESO/L. Calçada/M. Kornmesser/Nick Risinger/skysurvey.org

Rings are common sights around the four largest planets of the solar system, but astronomers reported in March that they had found the celestial circles around an unexpected and much smaller fifth target: an asteroid named (10199) Chariklo.

The space rock is just 154 miles wide, yet when it passed in front of a distant star, two delicate, icy rings clearly stood out. One is about 4 miles wide, the other 2 miles, and a 6-mile gap separates them from each other.

The illustration above shows Chariklo’s surface and the sun behind the rings, which might have arisen from a collision that once rocked the asteroid.