Unique rock goes the wrong way around the sun. 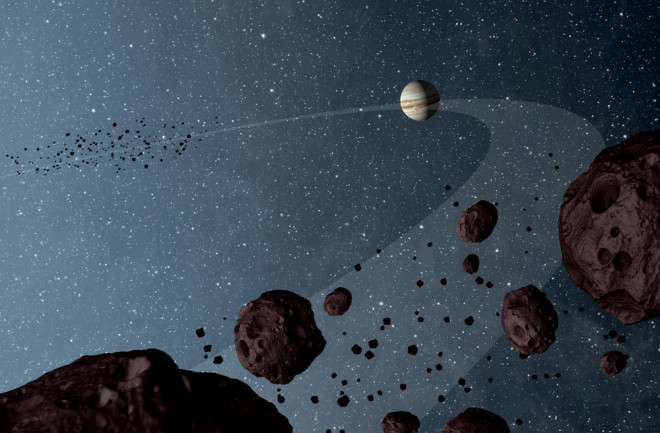 In March, astronomers in Canada identified an asteroid unlike any other: It travels the same orbit as Jupiter, but circles the sun in the opposite direction. Only a few other objects in the solar system are known to have such a “wrong way” orbit, and asteroid 2015 BZ509 alone shares its path with a planet.

Astronomer Paul Wiegert, from the University of Western Ontario, and colleagues tracked the object during late 2015. They found that its gravitational relationship with the sun and Jupiter keeps it in a safe, stable orbit — and it’s likely been there for around a million years, they reported in Nature.

The questions now include figuring out if 2015 BZ509 is more like an icy comet or a rocky asteroid and how it ended up going the wrong way in the first place. Those will help answer what Wiegert calls the big question. “The first asteroid discovered turned out to be one of millions,” he says. “Is BZ509 unique or just the tip of an iceberg?”