Are Bulletproof Turbans the Next Safety Gear for Sikh Policemen? 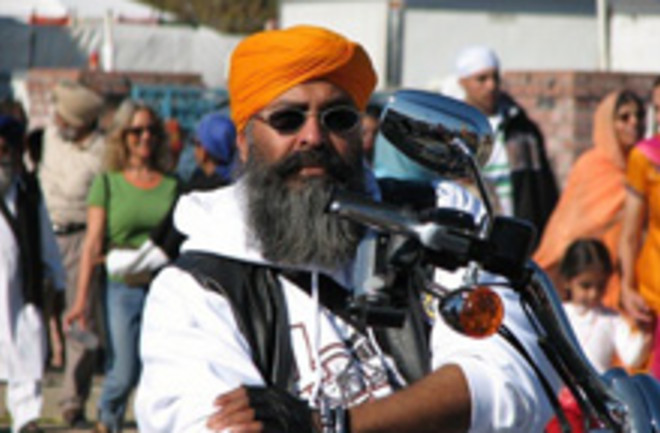 Is safety on the job so much to ask for? Sikh policemen in England are effectively prevented from becoming firearms officers because of their religious beliefs. They are not allowed to remove their turbans, but the traditional head wraps won't fit under standard safety helmets. So they're asking for a technology-fueled alternative: bulletproof turbans. The British Police Sikh Association's vice chairman said they are requesting the development of "a ballistic product, made out of a synthetic fibre, that would ensure a certain degree of protection, so Sikh police officers could take part in these roles." Research has already begun on the battle-turbans, and while no guarantees have been made, they seem like a feasible goal—though one that might not conform to the most traditional of styles. No word yet on whether the turban would have to be produced in a more solid form, rather than as a long piece of cloth. But soft Kevlar vests do exist and some Kevlar can even be woven, as opposed to bulletproof vests which are layered. Hopefully the turban designers will go for lightweight as well—or, at least, develop a support system for poor neck muscles. Related Content: Discoblog: Time to Pray? Better Check Your Phone