... and a real meteor over Georgia

While the object in Peruvian skies may not have been a meteor, this thingcertainly was:

That was a fireball -- an extremely bright meteor -- that blew in over Atlanta, Georgia on August 28. The video is from the webcam at the Tellus Museum of Science in Georgia, part of the All Sky Fireball Network

, in fact). The other streak you can see moving is an internal reflection in the camera, I believe, which shows you just how bright this fireball was. Since there are four cameras in the network, they could triangulate on the meteor, getting its height off the ground. Coupled with its apparent speed, that tells them it was screaming in at more than 83,000 kph (52,000 mph)! Given how bright it was, I suspect it was probably about the size of a grapefruit or so. Funny how something that small can make such a bright streak, but then speed is the key here. The brightness of a meteor depends on how much energy it can deposit in the atmosphere, and that is determined largely by its kinetic energy. That, in turn, depends on its mass and its velocity... and these things are moving far, far faster than a rifle bullet. The Tellus webcam caught other meteors that night too, which you can see here

. They're getting lots of information about the debris that hits us. And since about 100 tons of material enters Earth's atmosphere every day, there are plenty of interesting things to discover! 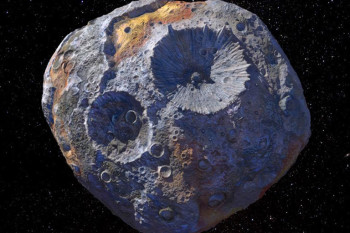 The SciencesMade in Space: Why Earth’s Industries Might One Day Leave Our Planet 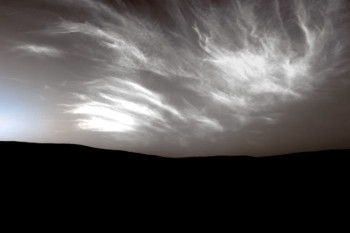 The SciencesVaporizing Meteors are Making Clouds on Mars 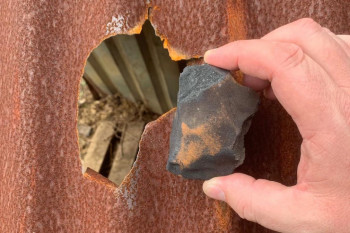