Spitzer has far outlived expectations, continuing to reveal the wonders of the universe even as its instruments began shutting down. 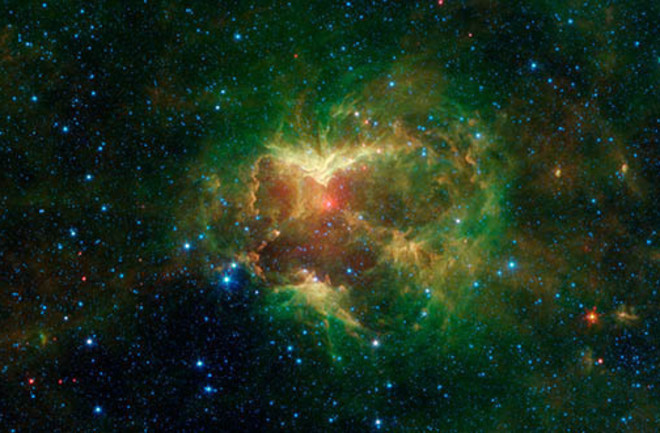 The "jack-o-lantern" nebula as captured by Spitzer in 2019. (Credit: NASA/JPL-Caltech)

All good things must come to an end.

This includes NASA’s Spitzer Space Telescope, an infrared observatory orbiting Earth. The telescope, which has been in operation for 16 years, has captured data on exoplanets, far-off galaxies and unknown mysteries of the universe. After an illustrious career, Spitzer is set to retire on Jan. 30.

Here are some highlights from Spitzer's journey:

This panoramic image from GLIMPSE shows a lot of stellar activity in the Milky Way’s plane. The image spans 9° of sky (by 2° tall), about as much as the width of your fist held at arm’s length. This region represents only 7.5 percent of the GLIMPSE survey, which imaged most of the star-forming regions in our galaxy. The red clouds show the presence of large molecules illuminated by nearby stars. (Credit: NASA/JPL-Caltech/E. Churchwell (University of Wisconsin))

An artist's illustration shows the grand scale of the Phoebe ring. (Credit: NASA/JPL-Caltech/Keck)