A Smashing Finale: China's Lunar Probe Crashes Into the Moon 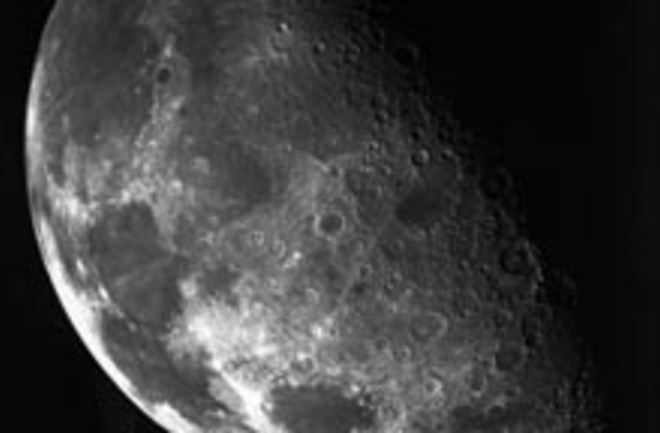 A Chinese lunar probe ended its mission with a controlled crash on the surface of the moon on Sunday, Chinese news sources report. The crash of the Chang'e probe, named after a moon goddess, was intended to give the Chinese space agency data and experience as it prepares for soft lunar landings in the next decade.

China launched the probe in late October 2007 to have it survey the entire surface of the moon. Slung into space by a Long March 3A rocket, the satellite surveyed the moon's surface using stereo radar and other tools [AP].

In November 2007 the probe transmitted China's first full, 3-D map of the lunar surface. Despite the worldwide economic crisis China's ambitious space program shows no sign of slowing down: Plans include a Chinese space station and a manned mission to the moon. Sources with China's Administration of Science, Technology and Industry for National Defense say the lunar probe's crash helped them prepare for

a moon landing and launch of a lunar rover - the next stage of China's three-stage moon mission - in 2012.... The third phase features another lunar rover, which will land on the moon and return to Earth with lunar soil and stone samples for scientific research, in 2017. It will be followed by a manned lunar landing, expected before 2020 [China Daily].

However, no definitive timeline for the manned mission has yet been announced. China became the third nation to send a manned spacecraft into orbit in 2003, and last year its astronauts performed their first spacewalk. The space agency is also working towards building a small space station by locking together several unmanned spacecraft in orbit.