A Real-life R2-D2 is Heading to Space 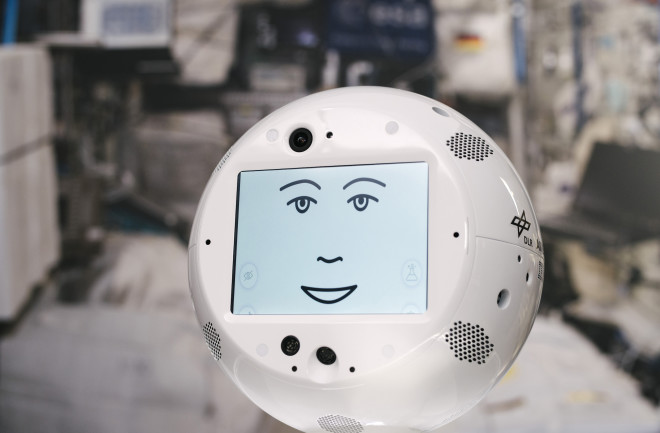 It might look like Wilson the volleyball, but in reality, it's something far more advanced. (Credit: IBM) If you’ve been fantasizing about a real-life Hal or R2-D2, then your dreams are about to come true. Or at least, partly. The German Aerospace Center commissioned aircraft manufacturer Airbus and artificial intelligence designers at IBM to create CIMON (Crew Interactive Mobile Companion), the first AI-based astronaut assistant. CIMON, who is 11 pounds and about the size of a basketball, is a free-flying object who will help International Space Station commander Alexander Gerst with complex tasks and experiments and even keep him company during downtime. The first-of-its-kind bot will launch from the Kennedy Space Center aboard a SpaceX Falcon 9 rocket on June 29. CIMON will serve as Gerst’s right-hand man during his Horizons mission, where the ESA astronaut will carry out an array of science experiments, like measuring muscle retention during spaceflight, testing astronauts’ perception of time, and designing plasma devices that disinfect wounds. And no offense to the beloved Hal and R2-D2, but CIMON’s capabilities far surpass those of its fictional predecessors in some respects. Thanks to IBM’s machine learning technology, the space companion will serve as an interactive voice assistant to Gerst, whose voice it’s trained to recognize and collaborate with. With working knowledge of space-related scientific terms, CIMON will guide him through tedious experiments and ensure they’re completed with speed and accuracy. After the advanced bot orientates itself with its surroundings, it will be able to fly around and document their endeavors with its built-in webcam. After the robot has mastered these skills, the AI team hopes to train the assistant on identifying technical difficulties and use it as an early warning system. But what really sets CIMON apart is its conversational capabilities, which make it more of a colleague than a computer. In fact, CIMON was programmed to have a specific ISTJ personality (introverted, sensing, thinking and judging), which enables it to be work-focused during experiments and more casual during downtime. So instead of having automated responses, it’s able to carry out genuine conversations with astronauts about their experiments — a trait that could reduce the feeling of social isolation during long-term missions to Mars or the Moon. Whether CIMON comes anywhere close to passing the Turing test, though, is anyone's guess. If the robotics of today are any indication, the little assistant may be a helpful presence aboard the ship, but his relational skills will fall far short of C-3PO. Nevertheless, whether you think of CIMON as an advanced smart speaker, Hal, or a Westworld host, the innovative assistant could herald the future of manned (and robot-assisted) spaceflight for astronauts and their space-based experiments. And at the end of the day, who can resist that endearing robotic smile?