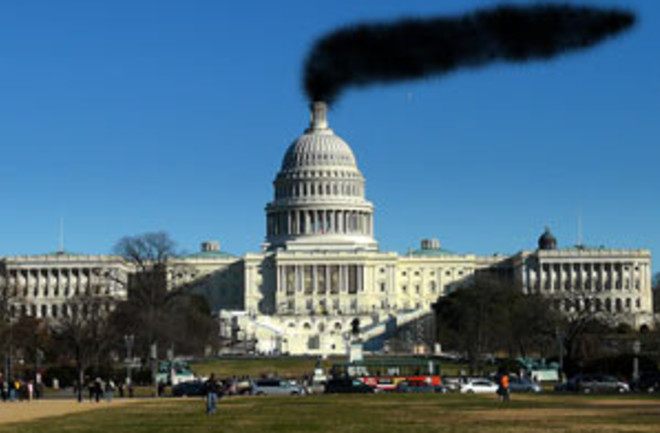 The United States House of Representatives and the Senate both passed the National Defense Authorization Act (NDAA). This Act lays out the budget and expenditures of the US Department of Defense, but also has provisions for its authority. Since it defines the DoD budget, a version of it passes every year, but this year, the NDAA includes provisions that codify the ability of the President to basically snatch people off the streets inside our own country, and hold them indefinitely in detention without trial or hearing, and torture them. While some are saying that this ability already exists for the President, it is being codified into law by this Act. Lest you think I am being reactionary, there is a vast outcry against these provisions, which includes the voices of the Defense Secretary, the Director of National Intelligence, the Directors of the FBI and CIA (!!), and the White House Advisor for Counterterrorism -- all of whom spoke out that these indefinite detention provisions are bad for the country. The ACLU, which is all about defending civil rights, is strongly opposed to this. Even President Obama had threatened to veto the Act if these provisions were left in. Yet despite this, Congress passed these terrible, terrible provisions, and now President Obama has rescinded his veto threat; most people seem to think he will sign this into law. Both of my Senators voted to pass this legislation... one of whom, Mark Udall, actually tried to get an amendment into the bill to strip out the language about indefinite detention. It was voted down, in case you were unsure what Congress actually wanted from this bill. What boggles my mind is that even with his amendment shamefully voted down, in the end Senator Udall still voted for this Act. Did yours? For what it's worth, my Representative, Jared Polis, voted no. Did yours? Al Franken wrote an excellent essay on why he voted no as well. I admit here I did something foolish. Because Senator Udall so clearly was against this horrifying provision, I thought he would vote against it. I also took President Obama at his word that he would veto the Act if those provisions weren't stripped out. I should have written letters and made phone calls to both my Senators and the President, but instead I took no action, and now I'm worried it's too late to stop this (though I urge everyone to write the White House and express their opinion). However, I did send notes to my Senators. Here is the text, verbatim.

Senator- I voted for you in the last election, hoping that you would add your voice against the growing fear-mongering and radical far-right movement that I think is plunging our country in the wrong direction. However, put simply, your "Aye" vote on NDAA means I will not be voting for you in the next election cycle. The horrid provisions for indefinite detention and torture in this piece of legislature are what I might expect from the 1950s era Soviet Union, but not in our country, not today. This blatant codification of the violation of citizens' rights by Senators and Representatives - men and women who swore to uphold the Constitution - is galling and disgusting. You, sir, have lost my vote.

For Senator Udall, I added this before the last line: "I understand you tried to have an amendment placed into NDAA to reverse those provisions, and I appreciate that. But after it was voted down, leaving indefinite detention and torture in the Act, you still voted for it." I'm very angry about this. And you know what upsets me the most? I was worried about writing this post. I was concerned that in the United States of America, a nation of laws founded upon a Constitution guaranteeing my rights, that I might go on some sort of watch list somewhere. And it is for that very reason I posted this article. I refuse to live in fear of my own government. We cannot fear them. But they must respect us, because our government is of the people, by the people, for the people. And we are the people.