The All-Sky Automated Survey for Supernovae is proof that small projects can produce a big payoff. 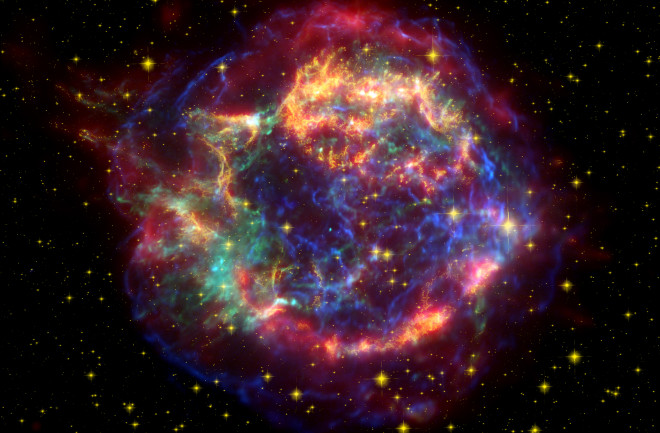 Remnants of the supernova Cassiopeia A. | NASA/JPL-Caltech/STScI/CXC/SAO

Astronomers have a new tool to hunt the brightest and nearest exploding stars: ASAS-SN.

The two observatories of the All-Sky Automated Survey for Supernovae scan the Northern and Southern hemispheres every night with six 5.5-inch telescopes (eight total by the end of the summer), taking photos of the sky and comparing successive images to find changes, such as supernovas.

At $100,000 per pair of telescopes, a bargain in professional astronomy, ASAS-SN proves that small projects can do big science: Since coming online in 2013, it has already found more than 100 supernovas, almost half of the total number of similar discoveries.