A New Tactic For Quickly Finding Exoplanets With Earth-like Orbits 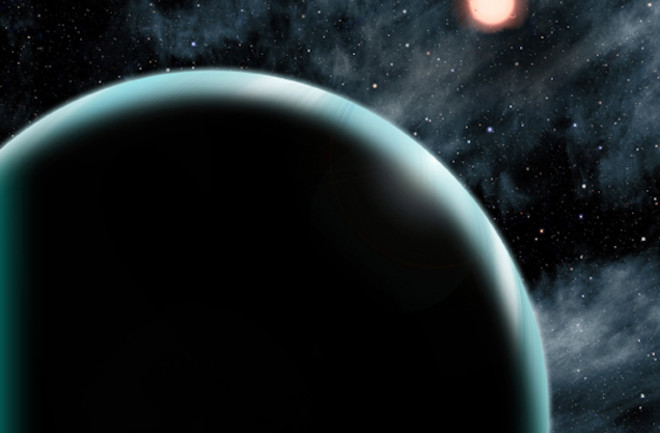 This artist’s illustration shows Kepler-421b, an exoplanet about the size of Uranus that orbits its host star once every 704 days. Previous exoplanet detection methods focused mostly on planets with short orbital periods, but a new technique developed by UNIGE researchers significantly reduces the confirmation period for planets with longer orbital periods. (David A. Aguilar (CfA)) Hunting for exoplanets is a complex and time-consuming process. When an exoplanet candidate is detected, researchers have to observe it passing by its host star three times before they can officially confirm its existence. This isn’t a problem if the orbital period lasts a few days, weeks, or months, but it isn’t exactly effective if the planet takes years to transit its star. Now, a new method published in the journal Astronomy & Astrophysics aims to allow astronomers to bypass the long wait period and verify the existence of some exoplanets after a single transit. When a planet transits its host star, its luminosity temporarily decreases. By observing this decrease in luminosity three different times, researchers are able to confirm the transiting object's orbital pattern and estimate its radius — key factors in determining its planetary status. The method works well for planets that orbit close to their host stars, but it isn’t ideal for planets like Earth, which would have to wait three years to have their planetary status confirmed. And forget about verifying a planet like Neptune, who takes about 165 years to orbit the Sun. Researchers just don’t have 500 years to wait around. To eliminate the long waiting period, a team of astronomers at the University of Geneva (UNIGE) in Switzerland found an alternate method. They combed through K2 mission data from Kepler, NASA’s exoplanet hunting space telescope, to find a star whose luminosity had dipped for a significant period of time — indicating a planet with a long orbital period. After analyzing hundreds of candidates, they came across EPIC248847494, a star whose light curve featured a celestial guest transiting for about 53 hours. Thanks to the recent second release of Gaia mission data, the team was able to figure out the star’s diameter and its distance from Earth, which is about 1,500 light-years. This information, coupled with the orbiter’s 53-hour transit, allowed the researchers to determine that the object is about 4.5 times farther from its host star than Earth is from the Sun, giving it an orbital period of about 10 years. With its orbital properties confirmed, the only thing left to verify was its planetary status. To do so, the team conducted observations with UNIGE’s Euler telescope at the La Silla Observatory in Chile. They used the telescope’s high-resolution spectrograph to measure the star’s radial velocity — its slight movements caused by the gravitational pull of a smaller, orbiting object. By analyzing these movements, researchers are able to estimate an object’s mass. Objects with masses more than 80 times that of Jupiter are likely stars, while less massive objects are likely planets. In the case of EPIC248847494, the radial velocity measurements indicate that the object has a mass less than 13 times that of Jupiter, putting it well within the planetary threshold. "This technique could be used to hunt habitable, Earth-like planets around stars like the Sun," said the team’s lead researcher, Helen Giles of UNIGE’s astronomy department, in a news release. By using radial velocity to detect planets farther away from their host stars, we may increase our odds of finding worlds with temperate climates and lower amounts of stellar radiation. And with the innovative technique eliminating decades of legwork, researchers can quickly determine celestial status and start searching the newfound exoplanets for signs of life.