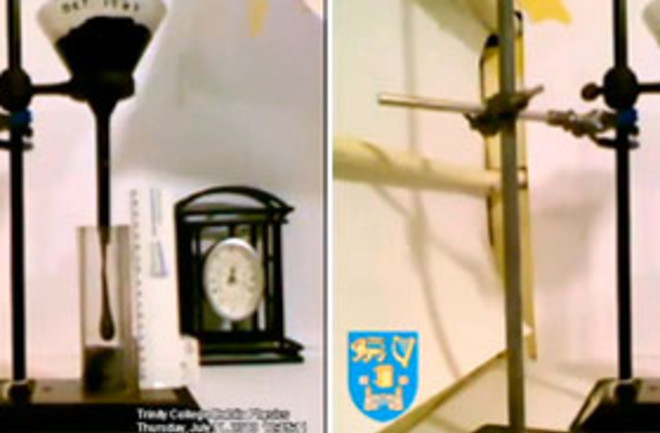 Sixty-nine years ago, a demonstration began at Trinity College Dublin to show that tar pitch, which looks like a glossy black rock, actually flows. The thick goop, with a viscosity 2 million times that of honey, dripped unseen from the tip of a funnel about once a decade — but last year, physics professor Shane Bergin finally caught it on camera. His time-lapse video garnered more than a million views from geeks around the globe.

[This article originally appeared in print as "A Drop of Goo Becomes World Famous."]