A convict's face could determine whether he gets the death penalty 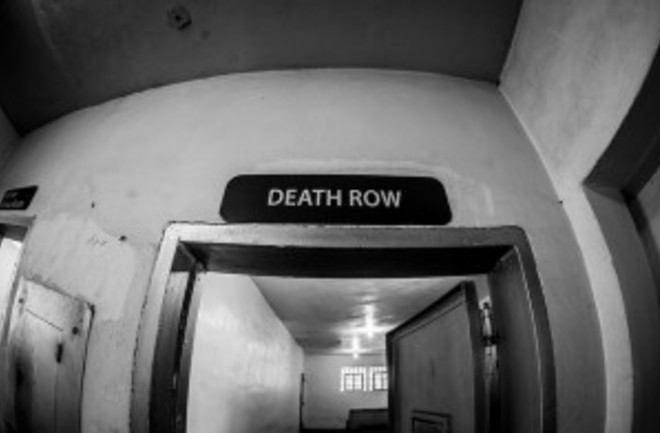 Despite evidence to the contrary, many like to think that the U.S. justice system works pretty well. This is especially true when it comes to the ultimate punishment -- the death penalty. But as we know, not everyone on death row is guilty. So where does the process go wrong? Here, researchers tested whether snap judgements of peoples' faces affected whether they were given the death penalty. To do so, the researchers had volunteers judge the "trustworthiness" of the faces of people who had been convicted of murder and gotten either a life sentence or the death penalty, or people who had been on death row and subsequently exonerated. In both cases, a lack of facial "trustworthiness" was correlated with being more likely to have been sentenced to the death penalty, even in the case of people who were actually innocent. (By the way, similar results were previously seen for people who were seen as more "stereotypically Black.") As the authors put it, "These results highlight the power of facial appearance to prejudice perceivers and affect life outcomes even to the point of execution, which suggests an alarming bias in the criminal-justice system."

Facial Trustworthiness Predicts Extreme Criminal-Sentencing Outcomes "Untrustworthy faces incur negative judgments across numerous domains. Existing work in this area has focused on situations in which the target’s trustworthiness is relevant to the judgment (e.g., criminal verdicts and economic games). Yet in the present studies, we found that people also overgeneralized trustworthiness in criminal-sentencing decisions when trustworthiness should not be judicially relevant, and they did so even for the most extreme sentencing decision: condemning someone to death.In Study 1, we found that perceptions of untrustworthiness predicted death sentences (vs. life sentences) for convicted murderers in Florida (N = 742). Moreover, in Study 2, we found that the link between trustworthiness and the death sentence occurred even when participants viewed innocent people who had been exonerated after originally being sentenced to death. These results highlight the power of facial appearance to prejudice perceivers and affect life outcomes even to the point of execution, which suggests an alarming bias in the criminal-justice system." Bonus excerpt: "Although it is possible that people who look less trustworthy commit more odious crimes, we found evidence for sentencing biases based on facial trustworthiness even among targets exonerated of the crimes for which they were convicted. This shows compelling evidence for the ability of facial appearance to guide the severity of sentencing decisions. These data, along with the fWHR data from Study 1, also help to dispel the possibility that sitting on death row causes one’s appearance to look less trustworthy (as through negative affect or hopelessness), given that the photos in Study 2 were not incarceration photos but were taken after exoneration." Related content: Flashback Friday: Innocent until proven bearded.People prefer mates with a 22% resemblance to themselves.Psychologists can give you false memories of having committed a crime.