A computational model to measure how good (or bad) your puns really are. 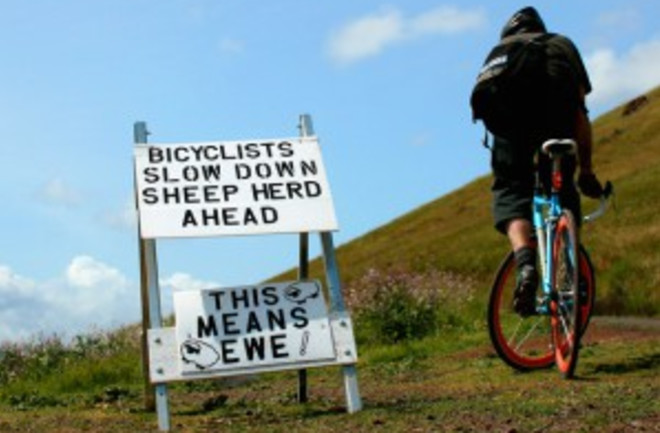 Photo: flickr/Richard MasonerEveryone likes a good pun, but what makes some puns funny, while others fall flat? It's not enough to just substitute a word that sounds the same (aka a "homophone"); for example, which is funnier, "Be kind to your dentist because he has fillings too" or "She ate my breakfast role"? You probably said the first pun, because the meaning of the substitute word also makes sense in the context of the sentence, and it's this second meaning that actually makes the joke funny. In this study, the authors developed a computational model that helps discriminate between punny jokes and plain old non-jokes. Which is great, because now you can scientifically prove that your boss's jokes aren't actually funny. And if it's your jokes that need help, be sure to check out the list of jokes used in the study (see below). GraPHIA: a computational model for identifying phonological jokes "Currently in humor research, there exists a dearth of computational models for humor perception. The existing theories are not quantifiable and efforts need to be made to quantify the models and incorporate neuropsychological findings in humor research. We propose a new computational model (GraPHIA) for perceiving phonological jokes or puns. GraPHIA consists of a semantic network and a phonological network where words are represented by nodes in both the networks. Novel features based on graph theoretical concepts are proposed and computed for the identification of homophonic jokes. The data set for evaluating the model consisted of homophonic puns, normal sentences, and ambiguous nonsense sentences. The classification results show that the feature values result in successful identification of phonological jokes and ambiguous nonsense sentences suggesting that the proposed model is a plausible model for humor perception. Further work is needed to extend the model for identification of other types of phonological jokes." Bonus excerpt from the main text:List of jokes [Pisa] Italian building inspectors in Pisa are leanient. [Criminal] A criminal’s best asset is his lie ability. [Dentist] Be kind to your dentist because he has fillings too. [Gold] You can make gold soup by putting in 24 carrots. [Atheism] Atheism is a non-prophet organization. List of ambiguous sentences [Car] The car’s mane was very shrewd. [Key] When they found the key a kettle bloomed. [Steel] A blue steel waited calmy. [Breakfast] She ate my breakfast role. [Cruise] The cruise finished construction on the building. [Flee] There was a flee on the dog’s back. List of normal meaningful sentences [Werewolf] Werewolves are fictitious creatures like elves. [Deer] Not all animals are as agile and graceful as a deer. [Bee] A bee stung her on the cheek. [Plate] She washed the plates with soap and water. [Cabbage] Cabbages are like lettuce because they are both vegetables. Related content: NCBI ROFL: Worst practical joke ever.NCBI ROFL: Dying with laughter…literally.NCBI ROFL: The evolution of humor from male aggression.