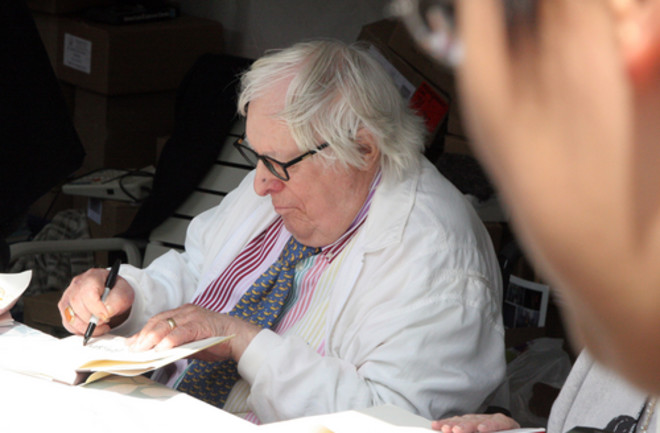 When the Curiosity rover reached Mars on August 6, our science team at NASA debated what to name its touchdown site. On August 22—what would have been the 92nd birthday of science fiction luminary Ray Bradbury—we dubbed the site Bradbury Landing. The simple reason we chose that name is that it garnered the most votes. The deeper reason is that Ray Bradbury’s writings had a powerful effect on many of us in the room.

I heard the news of the first landing on Mars, achieved by Viking 1, as an oceanography student out at sea in 1976. Bradbury’s book The Martian Chronicles had captured my imagination when I was a young boy and had, in some ways, led to my being on that research vessel, exploring new worlds beneath the ocean surface. The chapter of the book that affected me most was “The Million-Year Picnic.” In its last scene, the native Martians are gone. The humans on Mars are not returning to Earth, and Bradbury begins referring to them as Martians. Reading his words, that thought struck me as prophetic. I knew that in my lifetime we would have outposts on Mars—if we survived as a civilization.

More than any particular vision of the future, Bradbury gave me the sense of romance in exploration, first of the sea and then of space. He implanted in me, and in many of us, the wonder of other worlds. As Bradbury himself said: “I think it’s part of the nature of man to start with romance and build to a reality. There’s hardly a scientist or an astronaut I’ve met who wasn’t beholden to some romantic before him who led him to doing something in life.” With Bradbury Landing, the science team wanted to repay the favor.