A new map shows the hotspots of energetic activity in our galaxy and beyond. 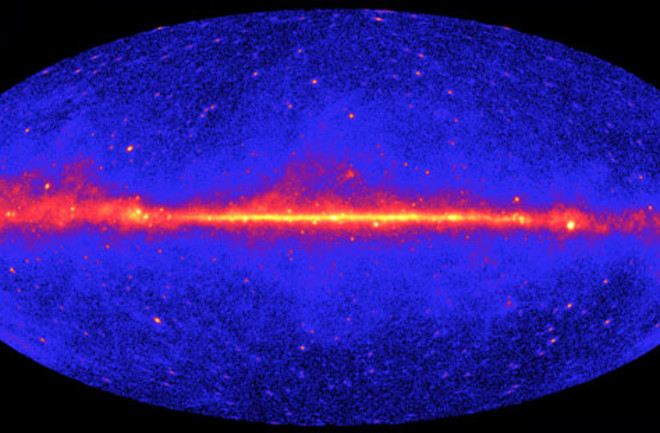 This is the night sky as seen in gamma rays, radiation emitted by the most energetic objects in the universe. The bright streak across the middle shows where high-speed particles collide with gas and dust scattered between the stars of the Milky Way. Pulsars and supernova remnants—relics of exploded stars—show up as bright dots close to the centerline. Many of the red spots above and below are distant, active galaxies where massive black holes stir up gas and sling it around at close to the speed of light. Researchers at NASA’s Fermi Gamma-ray Space Telescope produced this map [PDF] after two years of observations. Nearly one-third of all the sources of gamma rays seen here remain unidentified, which is what makes the research so exciting to project scientist Julie McEnery. “Who knows what we’re going to find next year?” she says.