The CERN theoretical physicist looks ahead to what will happen when the LHC gets cranked up to full power. 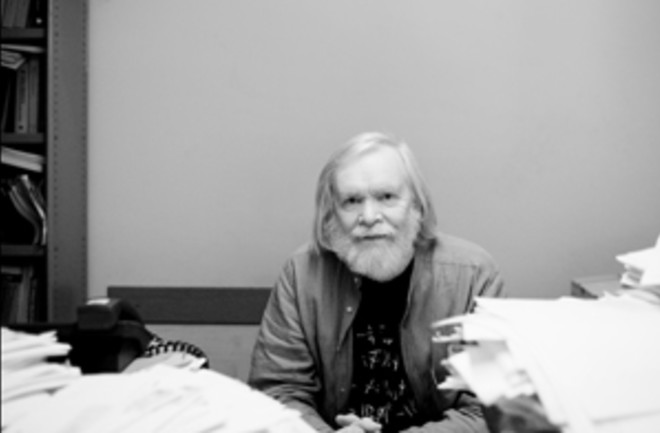 The biggest particle accelerator ever made—the Large Hadron Collider in Geneva—spectacularly fizzled shortly after scientists turned it on in September 2008. What felled the gargantuan machine was a single badly soldered connection. When the powerful electrical currents running through the LHC came to bear on that tiny piece of solder, the resulting heat set off a cascade of events, ending in a sudden release of helium that blew aside several of the collider’s massive superconducting magnets. The staff at the European Organization for Nuclear Research, or CERN, spent the past year repairing the damage, inspecting tens of thousands of connections, and bolting down the magnets in case of another accident. By the end of 2009, CERN scientists were ready to start again, using the LHC to investigate the deepest mysteries in physics—including why matter has mass. John Ellis, a theoretical physicist at CERN who has been involved in the project for 25 years, talked with DISCOVER about the repairs and the prospects for the LHC.

There’s been a lot of downtime at CERN. What have you been doing—long lunches in the cafeteria? People are working their butts off, bashing away on their computers. Experimentalists are using this time to work on the alignments of their detectors, the data acquisition system, and all that. There haven’t been any idle moments. One upside of the delay is that the experiments are really ready to take collision data.

What happens next? The damage that occurred in 2008 has been fully repaired. We’ve been analyzing other possible failure modes and making sure none of them would have unfortunate consequences. Most of that work is done, but there are still some other precautions people want to take. Those would be necessary before we go to maximum energy. For 2010 the plan is to start up at half energy, then in a few weeks or months go to about three-quarters energy. Full energy won’t be possible until 2011.

When will you start making particles collide again? We might see some half-power collisions before the end of 2009. That would require quite a lot of luck. It’s like NASA’s launching a space probe. If you discover a faulty valve reading somewhere or other, you have to go back and check it. It’s one thing to make collisions; it’s another to understand what’s going on and find new physics.

Will you be able to do notable science at half power? Already at half power, particles will be colliding at energies beyond what has been achieved with any previous accelerator. Just to put this into perspective, the energy distance between half power and the Tevatron accelerator [at Fermilab in Illinois] is greater than the difference between the Tevatron and the previous collider. As soon as we make half-power collisions, we’ll be seeing beyond what the Tevatron can see. That should be enough to start looking for high-profile items on the shopping list, like dark matter. The Higgs boson [the hypothetical particle that endows other particles with mass] would not be seen immediately. That’s a real tough cookie.

How will the LHC aid the search for dark matter? Dark matter by definition consists of something you can’t see. So the way you would detect it is by observing events in which some particle carries away energy invisibly. You observe something by its absence, so to speak. That is pretty delicate because you have to make sure you couldn’t possibly have missed anything more conventional. You have to demonstrate that you can see and measure accurately all the known particles—muons, quarks, and so on. When the experimenters have demonstrated that they can measure all those things accurately, then they will be able to start convincing us that they can really measure whether there’s any missing energy. There have been false alarms in the past, when people have thought they were seeing missing energy. So you have to be very, very careful.

What about supersymmetric particles—hypothetical particles that are like weird twins of the known ones? Will the LHC look for those, too? Supersymmetry is one example of something that could explain dark matter. But the two are not equivalent. You could imagine a scenario in which supersymmetric particles do not produce missing energy and do not make dark matter. So if you do see missing energy, you have to ask if it’s a result of supersymmetry; the energy might also be going into extra dimensions, or there might be some other explanation. There would be a long period in which you would try to figure it out. You can also imagine supersymmetry scenarios that don’t involve missing energy at all. Those would be quite tricky to look for.

Could you find some sign of the Higgs boson early on, while operating at half or three-quarters energy? Finding the Higgs boson is a question of seeing a signal against a background. It’s not as if you would produce an event so distinctive that it couldn’t possibly be anything other than the Higgs. So you would have to build up statistics to convince people that the signal you’re seeing is the real deal. At half or three-quarters power, we will be able to start looking for the characteristics of the Higgs boson, but it will take quite a bit of time to find.

If there were another big failure of the LHC, would that be the end of particle physics? If we never got the thing running reliably, that would be the end, because nobody would trust us to build anything else. I don’t see that happening. What happened on the day of the first start-up was not typical—it was just one of those things. You drive a new car and get a punch in a tire, but that doesn’t mean you’ll get a punch every five miles. You put on a new set of tires, and after that the car normally works. It’s worth remembering that the problem didn’t arise in some high-tech component. It was a simple soldering problem.

The lengthy repairs must be agonizing to people like you, who have waited so long for results from the LHC. You bet. It has been even more frustrating for the accelerator guys, who, when they started up, thought they would be able to produce collisions very soon. It has also been frustrating for many of the experimentalists, who thought they were going to be able to start doing physics, many of them having spent 10 years in preparation. The atmosphere has been very subdued. Now I can feel the fever mounting a little bit.