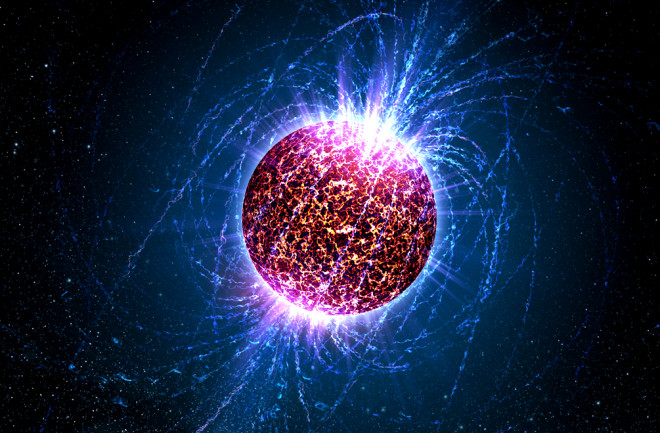 Fast radio bursts are one of the most puzzling phenomena in astrophysics. But a new discovery of eight new sources for them might help scientists figure out what’s causing these intense outbursts of energy coming from distant galaxies.

The newly discovered bursts are from repeating sources, meaning they were observed to burst multiple times. Previously, only two repeating fast radio bursts had been observed. The new observations suggest that repeating bursts are more common than previously thought.

“It was certainly on the table that [repeaters] were pretty uncommon and you weren’t going to see many of them,” said Deborah Good, paper co-author and PhD student at the University of British Columbia. “Having another eight sources is a good sign that it’s not terribly rare to have a repeater.”

Fast radio bursts are intense flashes of electromagnetic energy that last just fractions of a second. Finding repeaters is valuable to understanding their nature. Currently, fast radio bursts, which originate outside the Milky Way, are thought to be caused by some type of compact object — like a neutron star, pulsar, or black hole — but scientists aren’t sure exactly what mechanism drives the bursts.

“Anything you come up with for a model for fast radio bursts needs to either explain why repeaters and one-offs are totally different objects, or more likely needs to be able to easily explain the burst happening again and again,” Good said.

The bursts were captured by the Canadian Hydrogen Intensity Mapping Experiment, or CHIME for short, a telescope near Penticton in British Columbia, Canada. The experiment continually maps the sky in radio frequencies, typically observing the entire northern sky each day. The telescopes gather far more information than can be analyzed or even stored, so automated computer algorithms continually scan the data to look for interesting events.

The eight new events, reported in a new paper submitted to the Astrophysical Journal Letters and published on the preprint site arXiv, were seen in observations from August 2018 to March 2019 when CHIME was just beginning its main science campaign.

After analyzing the data, the scientists noticed a unique structure in the signal of some of the repeaters. Over the duration of the burst, the signal’s frequency decreased slightly, similar to what had been seen in the two previous repeaters. Why this happens, and if it’s something that’s unique to repeating fast radio bursts, is still unclear.

It’s possible a different source or mechanism is responsible for the drifting signal in these repeaters but its still to early to say. Within the scientific community there is still debate over whether one-off sources are distinct or if they are simply repeaters that haven’t yet been observed to repeat.

“We still don’t have enough repeating fast radio bursts localized to host galaxies to say something about either of [the leading] theories, but as we find more repeaters and pinpoint their locations within their host galaxies, we will start to be able to distinguish between different theories,” said Emily Petroff, astronomer at the Anton Pannekoek Institute, University of Amsterdam, who was not involved with the new study.