#73: Venus Has a Secret Earth-Like Past

A few billions of years ago, the planet may have had water, plate tectonics, and volcanism—and might have been a decent place to live. 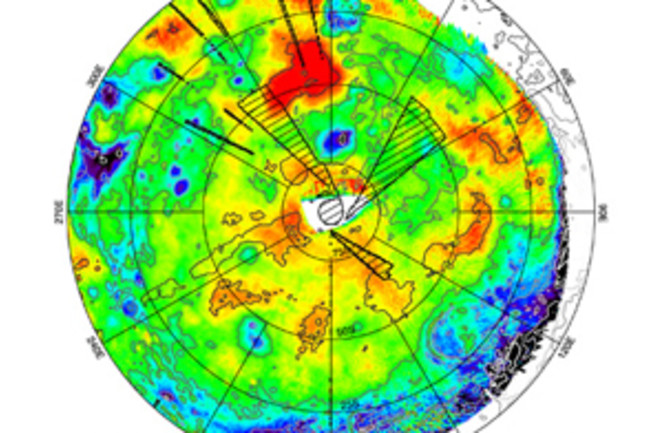 The first detailed infrared map of Venus, unveiled by the European Space Agency (ESA) in July, suggests that Earth’s nearest planetary neighbor may have had a watery past. In size, density, and composition, Venus is the most Earth-like planet in the solar system, but it is a hellish domain: Ground temperatures settle around 860 degrees Fahrenheit beneath a crushingly dense atmosphere laced with a sulfuric acid haze. Thick clouds prevent direct observation of the surface of Venus, but its heated rocks emit infrared radiation that hints at their composition. Captured by ESA’s Venus Express orbiter, this radiation indicates that the highlands of the planet’s southern hemisphere resemble granite, the same material that makes up terrestrial continents. To form, granite requires water, which does not currently exist on Venus. It also requires plate tectonics and volcanism—neither of which seems to be active at this time either. The finding suggests that the young Venus might have been much like Earth, with oceans surrounding its extensive landmasses, before a runaway greenhouse effect condemned it to its bleak fate.