68. Two Spy Satellites Come in From the Cold 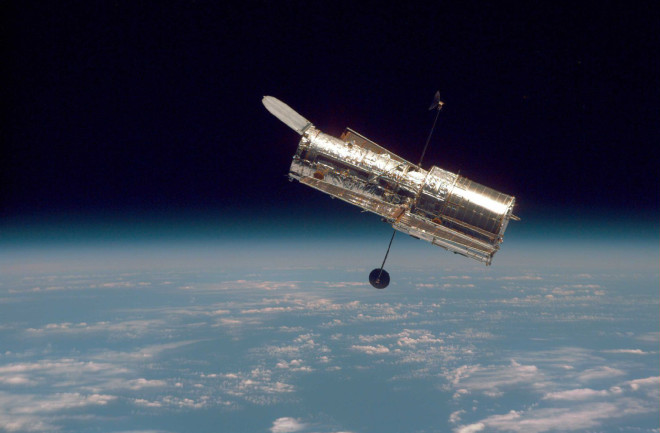 The two gifted telescopes are as big as the Hubble Space Telescope, shown here in 1997. | NASA

In June NASA announced that the National Reconnaissance Office (NRO), a secretive U.S. spy organization, had made the space agency a surprise gift: two satellite telescopes originally intended for orbital surveillance. The telescopes have mirrors the same size as the one on the Hubble Space Telescope but offer a field of view 100 times as wide. “You can look at thousands of different targets at the same time instead of one at a time,” notes NASA astrophysics director Paul Hertz. The quality of the telescopes’ optics also far exceeds that of Hubble, indicating that the spy agency employs telescope technology beyond what NASA has developed. And the satellites were built roughly a decade ago, spurring questions about what the NRO is capable of now—questions that are unlikely to be answered anytime soon.

The big challenge for NASA is getting its fancy new presents off the ground. Currently there is no funding allotted to support either telescope, although a committee of astrophysicists is analyzing the cost of outfitting them to investigate dark energy, extrasolar planets, and the structure of our galaxy. “We have asked the committee to determine whether using the NRO mirrors would make a space telescope mission better and cheaper than starting from scratch,” Hertz says. “It’s an open question. We won’t know for sure until we do the work.”