Finally, positive confirmation of what we long thought and hoped for 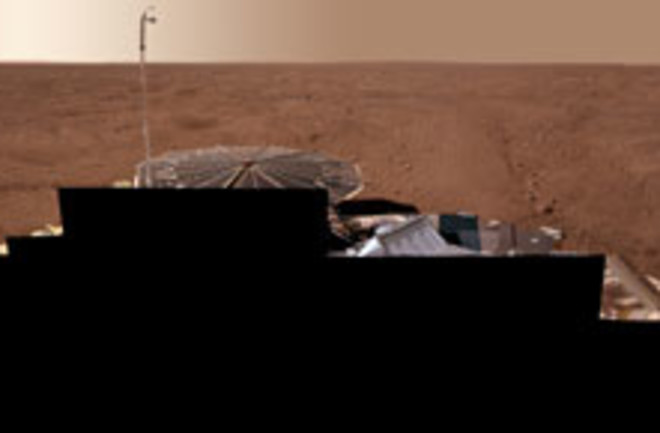 After a flight of 10 months and 422 million miles, NASA’s Phoenix Mars Lander last May executed a flawless seven-minute descent through the Red Planet’s thin atmosphere to touch down north of its arctic circle. It was only the sixth success among 12 Martian landing attempts.

Within two hours Phoenix had transmitted the first surface images of the planet’s polar terrain: a level plain marked with regular octagonal mounds and furrows, evidence of freeze-thaw cycles in a substance that Phoenix’s instruments would prove to be frozen water. “Those octagons just were beautiful,” says principal investigator Peter Smith of the University of Arizona.

In the ensuing months, Phoenix took thousands more pictures, dug trenches, captured dust, and analyzed soil. In June the probe’s eight-foot-long robotic arm exposed white patches of ice in the rust-colored Martian dirt; in July it took bits of the icy soil and studied its composition. In September it sensed whirlwinds spinning across the plains and snow falling from the Martian clouds, and in October its camera captured images of hoarfrost.

One thing Phoenix was not intended to do was to search for life. NASA is still smarting from the ambiguous life searches conducted by the Viking Mars landers in the 1970s. “We’re not yet ready from the standpoint of the technology or even knowing exactly where to look for life on Mars,” Smith says. “We might land 20 yards away from a big colony of bacteria and never know it.”

Phoenix’s more modest mission was to establish whether the northern polar plains are or ever were a habitable zone. Owing to cyclical changes in the tilt of the planet’s axis and its varying distance from the sun due to its elliptical orbit, Mars’s poles warm dramatically every million years or so, making the regions more congenial to organic processes. In 2002, NASA’s Odyssey orbiter detected evidence of ice just beneath the surface of the Martian north pole, raising the possibility that during a warm spell liquid water could melt out—a likely requirement for life. “We were able to prove without a doubt that, within a couple inches of the top of the soil, there’s a layer of water ice,” Smith says. “Now we’re trying to understand the story that goes with that ice.”

Phoenix found clays, salts, and calcium carbonate, substances that on Earth form exclusively in the presence of liquid water. It also detected perchlorate, an energy source used by some terrestrial microbes. But the data were inconclusive regarding the most intriguing chemicals: complex organic compounds, which are considered a necessary component of life. “My dream was to find something incontrovertible, something that would make people say, ‘Wow!’?” Smith says. “Unfortunately, the clues are very subtle and hard to interpret.”

By December waning sunlight and frigid temperatures had shut down the Phoenix lander for the winter, and probably for good. Although Mars’s polar regions are the only parts of the planet known to have water at the surface, NASA has at present no firm plans to send another lander there. But a very slim chance exists that the low-budget, $420 million Phoenix, named for its fabrication from salvaged parts, could rise again in the relative warmth of the Martian spring to continue its pioneering mission.