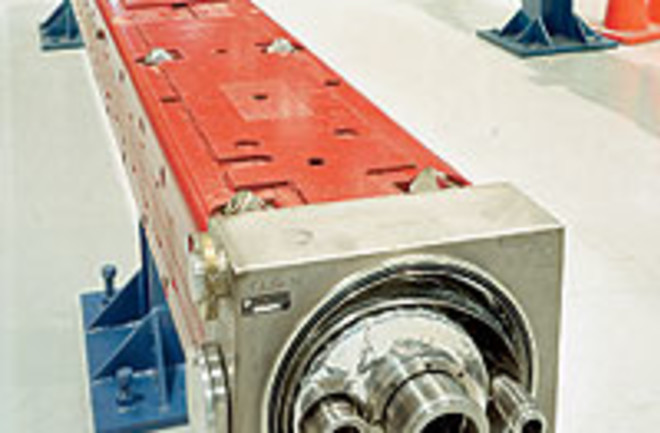 An experiment at Fermi National Accelerator Laboratory in Illinois has physicists closing in on one of their most basic questions: Why does matter have mass?

Fermilab researchers were studying the top quark, a heavy version of the fundamental particles that make up the nuclei of atoms. A new analysis bumped the estimated mass of a top quark from 174 billion to 178 billion electron volts (here, mass is expressed in terms of energy). Such a small adjustment can influence the entire theory of how particles are related to each other. “It’s like a watch: All the little gears have to fit in just the right way,” says Michael Schmitt, a member of a sister project at Fermilab.

As a result, physicists now have a better idea of where to look for the all-important Higgs boson, which is believed to endow all particles with mass. The heft that presses you down in your chair when you sit is ultimately the work of the Higgs particle.

Based on the new information, Fermilab physicists calculate that the Higgs boson is weightier than expected—probably around 117 billion electron volts. That higher number would explain why experiments have failed to isolate it.

In a few years the Large Hadron Collider on the Swiss-French border will become the world’s most powerful particle accelerator and will presumably take over the search. Until then, Fermilab will stay in the hunt, says John Womersley, a spokesman for the project that made the discovery: “One hundred seventeen billion electron volts is close enough to what we can reach that it’s still a tempting target.”