Money never grows on trees, but precious metals do sometimes fall from the sky. 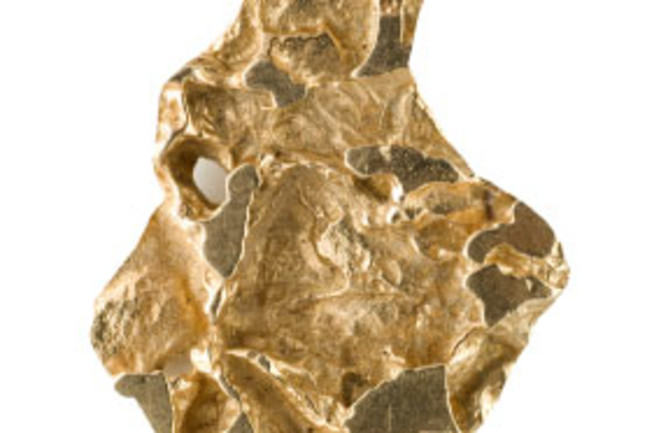 The platinum in your wedding ring and the gold in your dental fillings most likely arrived on Earth in a furious meteoric bombardment 200 million years after the planet’s formation, University of Bristol geologist Matthias Willbold reports. According to standard planetary formation models, the gold, platinum, and tungsten that were present when Earth was born should have quickly bonded to iron and sunk into the planet’s core. Those precious metals are thousands of times more prevalent on the surface of Earth and in its mantle than the models predict.

Willbold proposes that a colossal meteor shower about 4 billion years ago deposited the additional bling. To test his theory, he measured the isotopic mix of tungsten in rocks from an ancient formation that predates the proposed meteor shower. He then compared the readings with isotopes found in more recent rocks. “If you look at really ancient rocks in Greenland, the tungsten composition is different,” he says.

Willbold’s group reported in a paper published last September that levels of certain isotopes in the newer rocks are slightly lower than in the old ones, indicating an addition of precious metals similar to what meteoric impacts would have produced. Beyond sprinkling the planet with riches, Willbold believes the meteor shower could have helped deliver the ingredients necessary for life: “Most of the water on Earth today may have been brought during that late bombardment.”