A private capsule ferries goods to the space station.  Next up: passenger service. 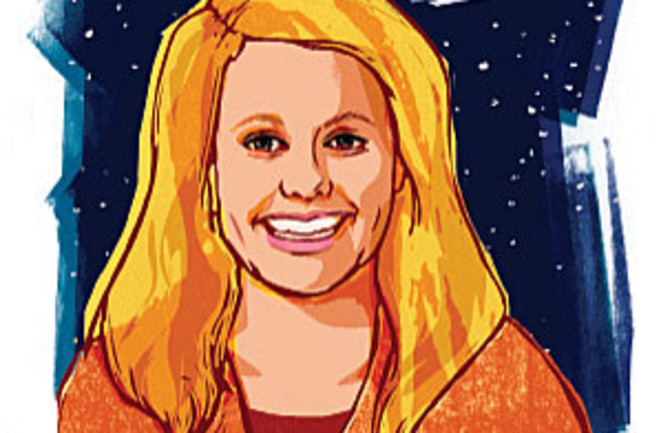 On May 25, just 10 months after NASA’s final space shuttle flight, a cargo capsule called Dragon docked with the International Space Station, a first for a commercial space vehicle. In late October it made another visit to deliver routine supplies, even overcoming a failed engine on its Falcon 9 launch vehicle. Both Dragon and Falcon 9 were built by SpaceX, a California-based company that is leading private industry’s advance into the last frontier. Gwynne Shotwell, the company’s president, is a former engineer who is already thinking far beyond supply runs to Earth orbit. She spoke with DISCOVER associate editor Andrew Grant about SpaceX’s big year and her lofty goals.

What was it like watching the Dragon connect with the space station in May? I was in Backup Mission Control, along with maybe 20 other people. Then there were 1,000 to 1,500 employees just outside, watching through glass walls. As soon as we announced that we had been grappled, people were screaming, jumping up and down, cheering, crying. It was extraordinary.

Your October mission didn’t go as smoothly. Did the engine failure make you sweat? Our Falcon 9 rocket is designed to accommodate shutting down engines in flight. It made for a higher-anxiety moment to have it actually demonstrated, but it also gave us even more confidence in our team. We still got to the space station 30 minutes early. No other rocket currently flying can overcome an engine shutdown. NASA’s Saturn I and Saturn V [the rockets used for the Apollo missions] could, but unfortunately that era is over. Those were great launch vehicles, and we rolled a lot of their architecture into Falcon 9. In addition to SpaceX, Boeing and Sierra Nevada Corporation have received NASA funding to develop manned flights. Does that competition help push you forward? We’ve flown cargo missions successfully twice so far. Our competition hasn’t flown even a rocket yet. I wish them well, but I wouldn’t say they necessarily are driving us.

How has SpaceX managed to take the lead, even over much bigger competitors? We have the freedom and the flexibility to trade on design choices far more than our competitors. We are not integrators or aggregators of other organizations’ technology. We build the majority of our electronics. We build all our structures. We build our engines. And they all play together as a system. We work together as a team every minute of every day, so when we need to have a change on an engine or a minor modification to an avionics box, it’s not a big deal. For other companies, the ability to change as you learn is almost zero, because that requires going back to individual contractors.

Dragon is designed to taxi astronauts into space. When do you expect your first manned mission? SpaceX has focused its entire 10 years on ensuring that the systems we develop can accommodate crew, and we’ve rolled that into the designs of Falcon 9 and Dragon. Adding the crew is only incremental for us. I don’t want to say it’s not a lot of work, but it’s not like we have to start from scratch. We’re looking at doing demonstration flights in 2014 or 2015 with a crew. We eventually want to be major contributors to getting folks to Mars.