A new computer model could predict "space weather" before it affects earth. 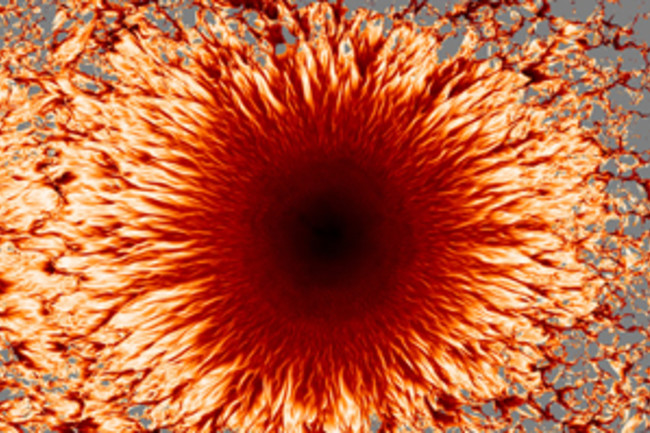 In July the first complete 3-D sunspot simulation illuminated long-standing questions about these disturbances on the solar surface. Sunspots are strong magnetic regions that disrupt the outward flow of heat from the sun’s interior. As a result they are comparatively cool and so look dark against the 10,000-degree Fahrenheit solar surface. (They still blaze at temperatures near 7,500°F, however.)

Scientists at the National Center for Atmospheric Research in Boulder, Colorado, simulated a typical pair of sunspots, which usually appear in tandem with opposite polarity. Mimicking the twisted magnetic fields and fast-moving plasma in these 20,000-mile-wide maelstroms required a month of work on a supercomputer capable of 76 trillion calculations per second. The result closely matched observations of how plasma flows from a sunspot’s central dark region into the surrounding turbulent zone, according to lead researcher Matthias Rempel.

This model exposes new details of stellar physics and could make it easier to predict violent “space weather” before it affects Earth. Sunspots often spawn solar flares that can knock out radio communication, damage satellites, and zap power grids.