Hot on the trail of the first galaxies in the universe 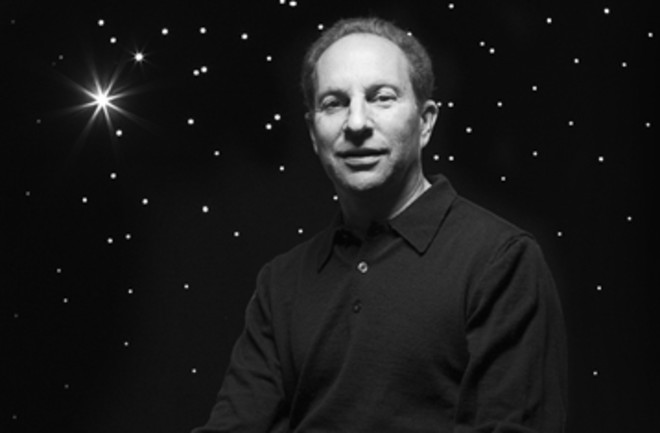 What did the universe look like in its toddler years? To find out, astronomer Alan Dressler of the Carnegie Institution of Washington and his team are training some of the world’s largest telescopes on a small swath of sky in the constellation Sextans. Their aim is to detect “Lyman-alpha emitters,” distant gas clouds enclosing primordial stars. The blobs hail from a crucial moment when those first stars flooded the cosmos with energy, setting off a chain of events that led to the formation of modern galaxies. Last year Dressler’s colleague Masami Ouchi found the king of the blobs: Nicknamed Himiko, it is 55,000 light-years in diameter, making it the largest object ever seen so early in the universe. Dressler spoke with DISCOVER about what it all means.

Why are you interested in what happened 12 billion years ago? Our research program started with galaxies: Why are there so many different types, what are their histories, and how did we get the structures we see today—spiral, elliptical, and so forth? Why are they so different? We have a very tentative grasp on that.

How did your Carnegie colleague find Himiko? The technique by which we’re seeing this is Lyman-alpha emission. The light comes out in the ultraviolet, then there’s this big redshift [as the light is stretched by the expansion of the universe], which puts it in the more detectable, far-red part of the spectrum. Himiko came out of a survey of Lyman-alpha objects. Out of all those things that Masami was doing, this rather extraordinary object stood out.

What is Himiko? I don’t know. I don’t think we have a good explanation for it—and that was what was interesting about it. It is a unique object in terms of size and output, which is not the way my scientific inclinations tend to go. What we’ve really been trying to do is to find the more typical galaxies from the era about a billion years after the Big Bang. To do that, we have to tune up an instrument and expose it for 20 hours under extraordinary conditions. My colleague Crystal Martin and I are trying to push a factor of 10 times fainter than what people had been doing.

What’s so interesting about the Lyman-alpha blobs? I would call them building blocks of galaxies, mostly gas and stars. That’s where the Lyman-alpha radiation comes from: the glowing hydrogen gas that’s being lit up by the young stars that are in these building blocks. The question we are trying to get at is, as you go fainter, how many more of them are there? It turns out that the number of objects goes up steeply: When you go a factor of 10 fainter, you see 100 times as many objects.

When we study these early objects, what do we learn? We know a lot about our galaxy today—chemical abundance, how it has been built up over time. There’s a “fossil record” in our galaxy of what happened. But it would be great to see a movie of what was going on deep in the past. In astronomy, we can do that. We can look back and observe the universe at that time.

How much do we know about conditions in the very early universe? At the beginning there was so much energy that electrons and protons went their own way. Then, 400,000 years after the Big Bang, the universe cooled to the point where hydrogen gas could exist. From that point it was electrically neutral, until something came along to light it up. People used to think, well, maybe quasars did it, but there just weren’t enough of them around. Then they said maybe it was young galaxies.

So now you think the first galaxies sculpted the cosmos, paving the way for more galaxies to evolve? We’ve now found about 50 of these very, very faint building blocks of galaxies. We have a big enough sample to say we know how common they are. It looks like there are enough of them to explain why the universe went from being neutral to being full of ionized gas.

What are you trying to understand now about these galactic building blocks? We’re trying to figure out how massive they are, how they spin, what their structures and compositions are, so we’ll know how the first heavy elements started to come about.

And then we’ll start to understand the crazy diversity of modern galaxies? Yes. The interaction among these building blocks determines what shape a galaxy takes. The universe started off smooth, and then it began to get lumpy. Our best bet is that in the places where the density of the blobs is highest, they merge together very early and form stars more rapidly, creating elliptical galaxies. In the places that are less dense the building blocks take longer to develop; those come together later and make spirals.

What’s next—will you look even further back in time? No. You don’t really want to look further. You want a more complete picture of the average time, rather than always going for the big, “Oh, I’ve got the most distant object in the universe.” That’s kind of meaningless, actually.

Because not much was happening that early? If you’ve got a picture of your child at 6 months, you’re not going to learn a lot from another one from when she was 5 months and 13 days. What you want to see is when things are changing. Astronomers are always selling the idea that we’ve pushed further than ever before, but it’s a bit of a fraud. We’ve seen something, but it’s very sketchy. What we’re mostly aiming toward is to get a picture of how ordinary galaxies come about.

What’s next? We have pushed Magellan [the 6.5-meter telescope in Chile] as much as we could. I am working toward using the James Webb Space Telescope—the Hubble replacement that should be up by 2014—to look at the formation of galaxies in much greater detail. We’ll get a first look at galaxies forming in the first billion years.