44. Er...Einstein Was Right After All

An experiment clocking faster-than-light motion had a fatal flaw, but it was still good science. 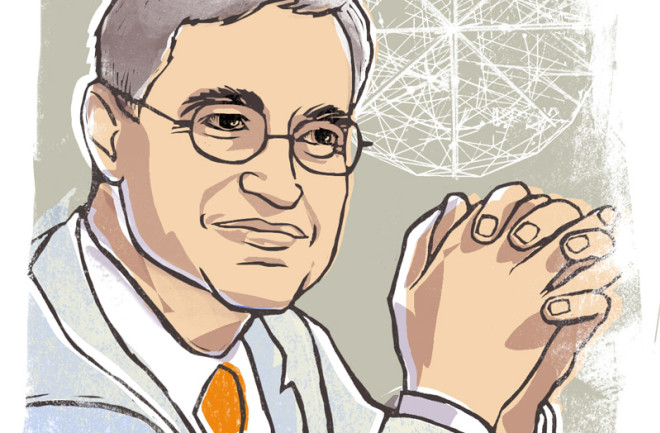 In September 2011 physicist Antonio Ereditato announced that wispy particles called neutrinos seemed to be traveling faster than light, in violation of Einstein’s theory of relativity. The neutrinos, generated by an accelerator on the Swiss-French border, were showing up at a detector in Italy 60 nanoseconds sooner than expected. The news exploded, and DISCOVER picked it as the top science story of the year. But last February physicists located a faulty cable that produced mistimed measurements. A month later Ereditato resigned as spokesman for Opera, the experiment that issued the result. DISCOVER's Andrew Grant spoke with him about the fallout.

What was your reaction when the Opera measurements first suggested that neutrinos were moving faster than light?

Our reaction was a mixture of surprise and skepticism, but also the conviction that the underlying work—three years of exhaustive experimentation —had been professional and solid. I set up a task force to review the experiment from scratch, and it confirmed the initial result.

How did you decide where to announce the result, knowing it would become big news?

Given the importance of the matter, all our decisions were made with a very large consensus. We decided to present the results at a seminar for physicists at CERN [the European physics center]. We went through all the steps of the analysis. We never said the word "discovery." We concluded by saying we were looking for help from the physics community to evaluate the result.

What did you think of the way the story was reported?

I did not expect the enormous media resonance. Almost immediately our message of caution and prudence was forgotten or neglected. But I do not blame the journalists. This is the way things go in the Internet era.

Would it have been possible to share the results with other physicists privately?

This is virtually impossible in our world. News really spreads out at the speed of light.

How did you discover that you had a faulty cable?

If the cable had been disconnected, we would have found it easily. The tragic thing was that this cable was giving a signal—so there was no reason to assume there was a problem—but the signal was delayed by 60 nanoseconds, exactly the time of the faster-than-light anomaly. We were very unlucky. We reported the problem immediately.

Have other scientists been supportive of the way you handled the situation?

I am very happy to answer yes. I got many kind messages from colleagues and the public.

What are you up to now?

I’m still active in Opera. I’m doing eight experiments around the world, including the Atlas project at the Large Hadron Collider that helped uncover the Higgs boson.

Do you regret anything about how you handled the faster-than-light neutrino finding?

Not really. A scientist has to come out with his results even if there are unbelievable anomalies. This is the way science progresses. Failures, errors, and even mistakes are part of the game.