40 Years After Moon Landing, a Question Remains: What Next? 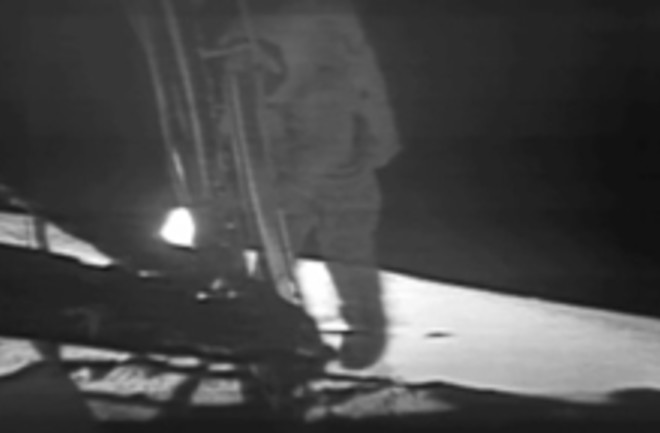 Forty years ago today, two men walked on the moon. To celebrate that moment of transcendent ambition and triumph, the world is looking back to July 20, 1969: NASA has released restored video footage of the Apollo 11 landing, and a new NASA moon orbiter has taken snapshots of the Apollo landing site, where left-behind gear still sits on the lunar surface. But for some space buffs, the anniversary has a touch of melancholy to it.

For all the promised "giant leap for mankind" the mission foretold, the prophesied future of moon bases and journeys to Mars, Jupiter and beyond is still science fiction. The last of six moon landings, bringing two men each time to the lunar surface, was in 1972. Since then, no one has left low Earth orbit. For many advocates, there is a consensus that the National Aeronautics and Space Administration is suffering from what President Obama this March called "a sense of drift" [Washington Post].

The Obama administration ordered a review of NASA's manned spaceflight program, and the panel is expected to return recommendations by the end of August. NASA officials say they hope those recommendations will support sending humans back to the moon by 2020, a goal the agency has been preparing for. NASA official John Olson says the new missions wouldn't be just a repeat of Apollo; instead, they would involve

astronauts living on the Moon for months at a time, driving hundreds of miles across the lunar surface and, for the first time, building an outpost on ground that is not Earth. “It’s not just flags and footsteps” [The New York Times],

Olson says. Astronauts could scout for ice buried beneath the regolith in deeply shadowed polar craters, he notes, and could build a telescope on the far side of the moon. They could even take lunar road trips in an R.V.-sized rover that Olson calls a "‘Luna-bago." While some wonder if hard economic times will put an end to such far-reaching plans, others believe NASA's current schemes aren't challenging enough. Buzz Aldrin, who stepped on to the moon's surface only minutes after Neil Armstrong, has publicly called for scrapping future moon missions, and shifting focus to a manned trip to Mars. Yesterday, at a rare reunion of the Apollo 11 crew, both Aldrin and his crew mate Michael Collins pressed that point. Said Aldrin:

"The best way to honour and remember all those who were part of the Apollo programme is to follow in our footsteps; to boldly go again on a new mission of exploration." Mr Collins, who circled the Moon alone while Mr Armstrong and Mr Aldrin walked on it, said Mars was more interesting than the Moon. "Sometimes I think I flew to the wrong place. Mars was always my favourite as a kid and it still is today" [BBC News].