17. Relic Protoplanet Is a Survivor

Unexpected findings on the surface of Vesta. 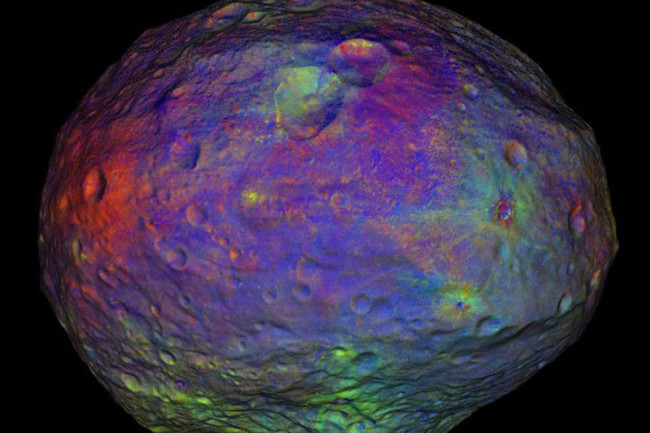 Last summer, after a year in orbit around Vesta, NASA’s Dawn spacecraft took one last image of the Arizona-size asteroid and pushed off. While the probe spends two years traveling to its next destination, the dwarf planet Ceres, scientists are knitting together remarkable results from its first mission. “Vesta turned out to be a really fascinating object,” says Mark Sykes, an investigator at the Planetary Science Institute.

Dawn’s measurements show Vesta has a core, mantle, and crust. That structure proves it is not a simple hunk of rock but a relic protoplanet that survived the chaos of the early solar system. Hundreds of such bodies circled the sun before the larger ones cannibalized the rest to form Earth and the other modern planets. Vesta also has pitting on its surface that may have been left by water boiling into space. Ceres, in contrast, may harbor entire subsurface oceans—or maybe something utterly different. “Whenever we get to someplace new,” Sykes says, “we see something we didn’t expect.”