Of the 100 exoplanets discovered in 2012, one rises above the rest. 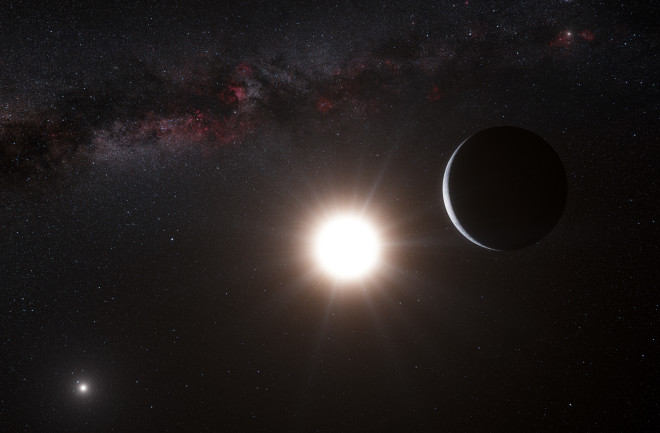 Illustration of the planet orbiting Alpha Centauri B. Our sun is the star at the upper right. | ESO

Astronomers identified more than 100 more worlds around other stars in 2012, but one especially hit home—because it is right next door. Scientists have spent more than a decade probing for planets around Alpha Centauri, a trio of stars just 4.4 light-years away. In October, Xavier Dumusque at the Observatory of Geneva and colleagues described a slight wobble in Alpha Centauri B, caused by the tug of an Earth-mass planet orbiting every three days around that yellowish, sunlike star.

Although the planet is probably rocky like Earth, it lies so close to Alpha Centauri B that its surface is surely molten. But where there is one planet there are usually more, Dumusque says. The worlds of the Alpha Centauri system will be among the few close enough to study for signs of life. NASA’s upcoming James Webb Space Telescope could dissect the planets' light and determine whether their atmospheres contain oxygen, water, and other biologically friendly ingredients. Other top 2012 planet finds: