10 Sciencey Stats on the Man of Steel 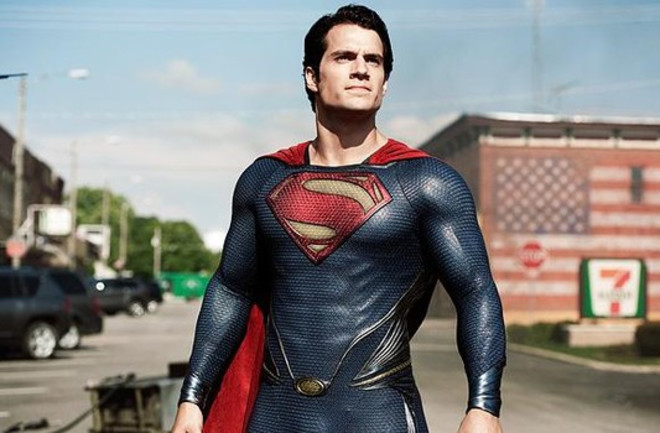 A new iteration of Superman—the Man of Steel—zooms into theaters today looking to reboot the series for the latest generation (with Kryptonian latex, apparently). Superman is neither human nor bound by the laws of science, but there are still some fascinating facts to read up on before accepting this born-again hero. 1. Superman is basically a solar panel with red and blue tights. Superman is able to man-handle puny Earthlings and smash through buildings for two reasons. First, his home planet of Krypton had much more mass than Earth, making the surface gravity of the planet much higher. His muscles are overqualified for 1G. Living on Earth after growing up under the stress of intense gravity would be like you moving to the Moon (you’d finally be able to dunk). The other reason Superman is so, well, super, is that his cells basically photosynthesize. He doesn’t use the yellow Sun of the Earth precisely like a plant, but more like a photovoltaic cell. In such a cell, the Sun’s rays hit semiconductors made of some material like silicon and their interaction releases electrons. These flowing electrons create electricity. It’s not exactly spelled out how Superman’s cells use the Sun’s energy, but his costume kind of looks like a solar panel, so we’ll go with that. 2. Superman doesn’t understand how time works. Famously, at the end of Superman: The Movie, Superman (fantastically played by Christopher Reeve) is so distraught by the death of Lois Lane that he tries to turn back time. He does this by flying around the Earth at unimaginable speed. It’s a valiant effort that works in the movie, but has no basis in physics. http://www.youtube.com/watch?v=TjgsnWtBQm0 If you wanted to travel backwards in time, you’re out of luck. We have theories on how it might be possible to do so, but they all involve wormholes and black holes and other stuff that would probably kill you. If you want to travel forward in time, you just have to go really fast. If you go fast enough, according to Einstein, time will slow down for you. The faster you go, the slower you age. So if you did a Kessel run like Han Solo—a trip over many light-years in a few hours—you would only experience a few hours while the rest of the galaxy ages 40 years. By flying really, really fast around the Earth, Superman will actually speed into the future, not the past. In fact, by the time he is done, he might return to find everyone he knew dead of old age. 3. Superman is a time traveler. Before it blew up, Superman was sent to Earth from the planet Krypton—50 light years away. A little Kryptonian baby hurtling through space, Kal-El reached Earth in 1-3 years (the nerds disagree on the time). To travel such a long distance—300 trillion miles—in such a short time, the baby would have to warp the space-time continuum with his speed. Actually, such a speed, 25 times the speed of light, is physically impossible. But if the baby traveled for two years at nearly the speed of light—the universal speed limit—any remaining Kryptonians would be two years older while he only aged three months. Forward time travelers don’t get to make a lot of long-term friends. 4. Superman’s weakness was inspired by a real element. Kryptonite, that glowing green rock from the core of Krypton, is one of Superman’s few Achilles' heels. Time and again it is a plot device to make the hero human. In 1898, two British researchers discovered the element that would become the inspiration for this material. William Ramsay and Morris Travers were looking for elements in the helium family when they stumbled upon krypton, a gas that doesn’t want to play with any other element. It’s too noble for that. The team later discovered other noble gases, and Ramsay won the 1904 Nobel Prize in chemistry. When Superman was created in 1938, the authors Jerry Siegel and Joe Shuster named the hero’s home planet after the previously discovered gas. (While an oxyanion of krypton could give scientists a reason to actually call something “kryptonite,” the gas is simply non-reactive with most other elements.) 5. It’s radiation that makes Superman weak. The prevailing theory in geekdom is that kryptonite can kill Superman because it disrupts his solar panel-like energy absorption. Without energy from the Sun, he weakens and eventually dies. Though kryptonite is a fictional mineral, the way it interferes makes sense. Radioactive materials emit radiation in the form of particles and energy. This can be anything from whole helium nuclei to gamma rays. If gamma rays were emitted by kryptonite, they would ionize Superman’s cells. By knocking electrons and atoms around in his body, this process of ionization would wreak havoc and disrupt normal cell sun-gathering. Radiation sickness can be lethal, and it’s a form of it that reduces Superman to a defeated hero. (It’s also the reason why water bears should have saved the Enterprise instead of Captain Kirk.) 6. Superman didn’t destroy the Russian meteor earlier this year because it would have destroyed the city. Quoting from an earlier piece that you can read right here on Scientific American:

Superman, who seemed to know a fair bit about reporting, used the International Space Station (ISS) to convince reporters during the conference that smashing the meteor with a super punch would be a terrible idea. “This meteor entered the atmosphere with 170 times more kinetic energy than the ISS has while orbiting the Earth,” he exclaimed. Superman continued, “thankfully, the atmosphere absorbed most of the meteor’s energy, with only the aftermath of the fireball doing damage to Chelyabinsk.” The hero noted that only around 20% of the meteor’s energy went into shaking the city, still blowing out windows and crumbling buildings. “If I released all of the meteor’s energy at once by destroying it, I would have made it much worse.”

You can read the rest of the totally not fake press conference that I had with Superman here. 7. Superman probably shaves with an angle grinder. Everything about Superman is super, even his beard. Bill Nye has a theory on how Superman takes care of his tough-as-steel five o’clock shadow. (It’s product placement but it’s also good science. The Mythbusters have an answer too.) http://www.youtube.com/watch?v=J-u1680Anhw 8. Superman once gave Lex Luthor cognitive dissonance. In the issue Superman #2 from 1987, Lex Luthor, Superman’s arch-nemesis, dumped resources into building a supercomputer able to deduce the hero’s identity. The machine worked like a dream and out the answer popped: “Clark Kent is Superman.” Done and done. But Luthor refused to believe it. The evil genius couldn’t easily resolve the cognitive dissonance in his head. In psychology, cognitive dissonance is an internal tension between two beliefs a person holds. When it arises, we seek to alleviate that tension by compartmentalizing the beliefs or coming up with an explanation to deal with it. Lex simultaneously held the belief that Superman was Clark Kent and that he was too smart not to realize that obvious answer. To get rid of the dissonance, Lex made a logical fallacy that we can call “the argument from brilliance.” Lex believed himself too smart to miss an easy answer, therefore the answer had to be false. Superman’s true identity remains a secret, and Lex Luthor makes illogical arguments. The world is safe. 9. Batman would beat Superman. First, because Batman. Second, because it happened. Third, Batman even faked his own death while doing it, because he’s Batman. 10. Nobody recognizes Superman because they all have face-blindness. In a piece appearing in the science section of Slate today, I explain a neuropsychological answer to the age old question of why, simply by matching faces, no one realizes that Superman is Clark Kent. I have excerpted a section below:

The most powerful superhero of all time, Superman, has arguably the worst disguise of all time. A slight application of hair gel and some glasses turn the Man of Steel, the statuesque savior of humanity, into Clark Kent, a mild-mannered reporter at the Daily Planet. It’s a façade that a toddler should be able to see through, but no one does. Why not?

You can read the rest of why Superman works with a bunch of prosopagnosiacs here. --

This bizarre failure of perception can only be attributed to Superman’s greatest and perhaps most scientifically astute superpower: He is able to surround himself with friends and co-workers who all suffer from prosopagnosia—face blindness.