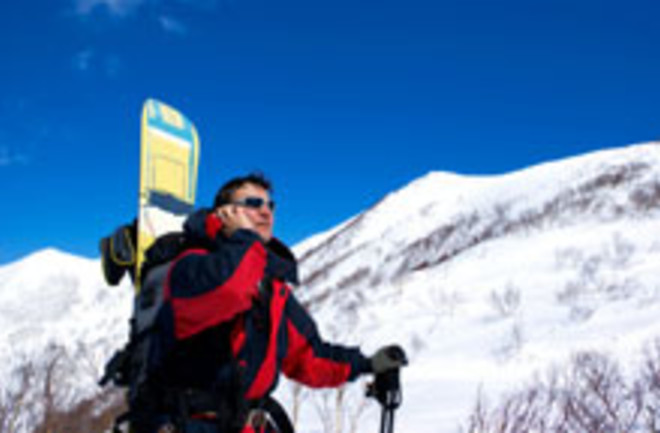 Cell phones that just make phone calls are so last millennium. Today, those pocket-sized wonders can perform myriad tasks, from checking email to taking photos. Bet you didn't know what your phone is missing: The ability to survive being driven over by an SUV, blasted with a high-pressure water hose, or trampled by an elephant. Lucky for us all, Land Rover's new cell phone, which is touted as the toughest phone in the world, is now on the market. According to the Telegraph:

Staff at The Sun, who laid hands on the S1 a day before it was released, managed to crush the gadget under the weight of a three-tonne forklift truck. Before it was finally broken, the phone had survived being roasted in an oven at 150 degrees centigrade, soaked in a pint of lager and tossed from the second floor of a building.

Check out a video of some extreme testing of the new phone:

The phone is reportedly shockproof, puncture-proof, water resistant, and dirt and dust-proof. Its plastic case is made primarily from recycled film and bottles. The most abuse the average cell phone gets is being sat on or dropped on the floor. But we suppose you can never discount the remote chance of an elephant stampede—and, of course, you'd want your phone to be functional afterward, so you can tell your friends about it. Related Content: Discoblog: Why Our Oily Fingers Can Never Soil the iPhone’s Pristine Screen

Discoblog: Cell Phone Kisses: New Phone Will Send Your Smooch Through the Airwaves