Wolfram Alpha: It's Not a Search Engine, It's an Answer Engine 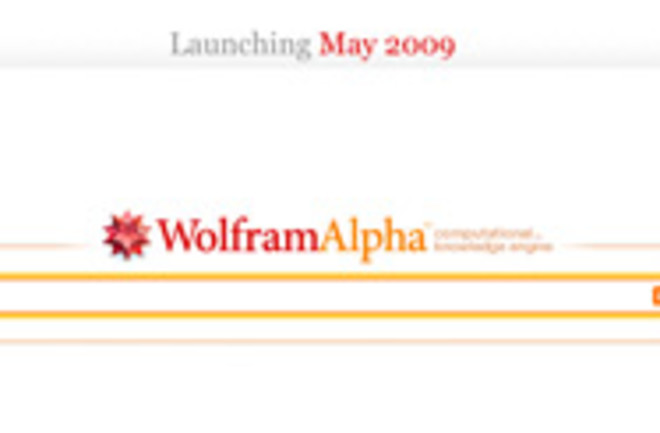 A new online tool is expected to debut this week to answer questions like these: How far away from Earth is the planet Neptune at this point in its orbit? And how has the unemployment rate in Iowa's Scott County changed over the past decade?

WolframAlpha, a powerful new service that can answer a broad range of queries, has become one of the most anticipated Web products of the year. But its creator, Stephen Wolfram, wants to make something clear: Despite the online chatter comparing it to Google, his service is not intended to dethrone the king of search engines. “I am not keen on the hype,” said Mr. Wolfram [The New York Times].

Google's mission, after all, is "to organize the world's information and make it universally accessible and useful." In contrast, WolframAlpha doesn't present users with an organized list of information; it sorts through data sets, performs calculations, and presents an answer.

Type in a query for a statistic, a profile of a country or company, the average airspeed of a sparrow ― and instead of a series of results that may or may not provide the answer you’re looking for, you get a mini dossier on the subject compiled in real time that, ideally, nails the exact thing you want to know. It’s like having a squad of Cambridge mathematicians and CIA analysts inside your browser [Wired].

Wolfram, the creator of the "answer engine," achieved earlier renown for his invention of the software program Mathematica, which WolframAlpha uses to perform calculations. Its

“knowledge base” is made up of reams and reams of data — ranging from the kinds of facts you would find in a World Almanac, to highly specialized data from physics and other sciences — that some 100 employees at Wolfram Research have gathered, verified and organized over several years [The New York Times].

Wolfram's site is aiming to be as trustworthy as gold-standard sources, such as NASA's climate data sets. "If it's not 100 per cent verifiable and accurate to the highest standards then it will not show up in our system" [New Scientist],

says Alpha researcher Russell Foltz-Smith. People who have tested out WolframAlpha say it easily answers questions about basic facts, and excels at comparisons. For example, when the search term "Microsoft Apple" was entered, it returned

side-by-side tables and graphics on the stock prices and data on the two companies, plus a chart plotting the price of both stocks over time. [For the same search, Google's] top hits were mostly news stories, from major and minor publications, containing both words [Technology Review].

However, WolframAlpha can still be stumped fairly easily when it doesn't understand the user's query, and Wolfram stresses that his computational engine is a work in progress. Related Content: 80beats: Watson, an IBM Supercomputer, Could Be the Next “Jeopardy!” Champion 80beats: Computers Take the Turing Test for Artificial Intelligence, But Fall Short Image: WolframAlpha