With Clever Technology, We'll Lace Up to Plug In 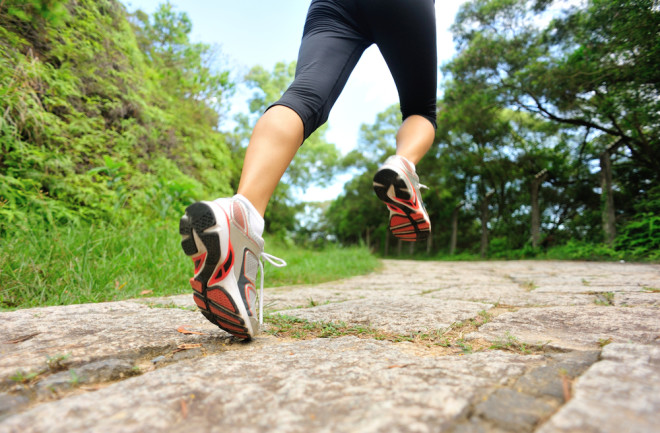 (Credit: lzf/Shutterstock) It sounds cribbed from a dystopian, sci-fi movie plot, but we are all walking talking batteries. According to the first law of thermodynamics, energy can neither be created nor destroyed, it can only change form. In everything we do, from typing at a computer to going for a walk, we transform one form of energy into another. For the most part, the energy we produce as a byproduct of biological mechanisms is either too dispersed or exists in a form that is inefficient to convert into electricity. However, new technologies are helping us plug into our electric potential.Powering Up The idea of a device capturing our energy and putting it to use isn't new. Automatic wristwatches, invented nearly a century ago, sap energy from our arm movements to wind springs and keep ticking. Today, our myriad devices rely on electricity to keep us connected, and turning our bodies into electrical generators has been a fruitful avenue of investigation. Researchers at MIT designed a battery that harvests energy from our body heat. Scientists recently developed a flexible material — an atom thick — that generates electricity from human movements, and could someday be woven into clothing. And on the stranger side of things, engineers in the U.K this week unveiled a self-contained system that uses biochemical energy created by bacteria to generate electricity. Although that sounds complicated, it's really quite simple: They make electricity from urine. Combined with a pump powered by their footsteps, the researchers succeeded in producing enough energy to power a wireless transmitter. Each step forces roughly 650 milliliters of urine through tubes connected to fuel cells loaded with bacteria that consume your nutrients and create electricity.

A schematic of resaerchers' urine-powered wearable. (Credit: M. Taghavi et al.)Every Step You Take However, if you aren't keen on having urine coursing through your socks, there are other options. Researchers from the Georgia Institute of Technology and Tsinghua University in Beijing developed a system that captures energy from your daily jog and converts it into electrical energy sufficient to power small devices such as watches and calculators. The GIT researchers' device utilizes energy generated every time our heel hits the ground, and it's small enough to fit inside a shoe. As detailed in a study published in the journal Nature last week, their energy-capturing system relies on an instrument called a Triboelectric Nanogenerator (TENG). TENGs take advantage of a property of electrical insulators called contact electrification. When two different insulating materials such as glass and rubber are pressed together, one will acquire a positive charge and the other a negative charge, creating an electrical potential. When the materials are pulled apart, a high-voltage current is produced. By capturing this jolt of energy, the researchers are able to store and eventually use the electricity.

How researchers' TENG device works. (Credit: Simiao Niu et al.) In practice, researchers' TENG takes the form of a polymer film folded on top of itself several times so that a series of panels are sandwiched on top of each other. Within the structure, one layer is coated with aluminum and the other with fluorinated ethylene propylene. When these layers are pressed together and pulled apart, contact electrification produces a charge. The researchers embedded this structure in the heel of a shoe, where the repeated compression and decompression created by walking created an electrical charge. Taking Strides The largest hurdle for the group came from the high impedance of TENGs, or the difficulty of passing a charge through them. Using traditional charging methods, the team would have achieved an efficiency of only 1 percent, in part because walking produces bursts of energy as opposed to a steady flow. However, by concentrating this energy with a capacitor and sending it through a two-step system of inductors (devices that use magnetic fields to store energy) they were able to even out the flow of electricity and increase efficiency.Using this system, the researchers were able to design a system that was 60 percent efficient — two orders of magnitude higher than before. In their experiments, the researchers found that they could produce a steady current of 1.044 milliwatts of power — the amount of energy needed to power a hearing aid — by tapping the device with their palms. While that's not nearly enough energy to put the coal industry out of business, it is more than sufficient to run small devices such as pedometers and could be used to create electrically self-sufficient medical implants. The researchers also suggest other possible uses for their technology, including in cars, wind turbines and other sources of mechanical energy. The researchers' findings are proof that there's a little Energizer Bunny inside all of us.