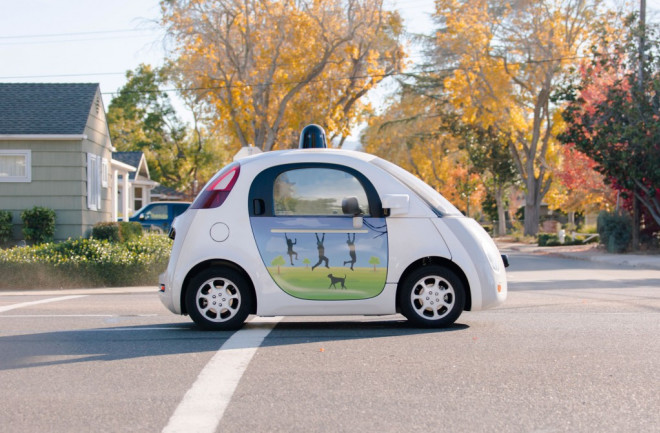 A Google self-driving car prototype painted by a local artist in Mountain View, California. Credit: Google | Hong Li Many Americans expect self-driving cars to become more popular than regular cars in the next few decades. But much of that optimistic assumption depends on the sticker price of driverless vehicles and how much drivers would be willing to pay to replace their old rides with robot car chauffeurs. Under some circumstances, a recent study found that not even half of U.S. passenger cars would be self-driving cars within thirty years. Many attempts to predict the popularity of driverless vehicles have focused on how much Americans will pay for their futuristic rides. But a recent study by The University of Texas at Austin may be the first to look at both demand for self-driving cars and supply-side factors such as the cost of self-driving technologies—and their findings do not necessarily paint the rosiest picture. More than half of Americans surveyed said they would not be willing to pay anything extra for either partial or full self-driving car capabilities. If that willingness to pay does not change and the technology prices for driverless vehicles drop by just five percent per year, the study predicts that barely 25 percent of U.S. passenger cars will be self-driving cars in the year 2045. That prediction comes from one out of eight future scenarios examined by The University of Texas at Austin study. By comparison, the most optimistic scenario imagines American willingness to pay rising by 10 percent in value each year and a corresponding 10 percent drop in technology prices each year. In that case, self-driving cars could make up as much as 87 percent of passenger cars on U.S. roads by 2045.

What Americans Would Pay for Self Driving Cars

On average, Americans surveyed were willing to pay an additional $5,551 for cars with level 3 automation. Such vehicles are defined by federal regulators as being able to drive themselves under certain traffic or environmental conditions, but still occasionally handing control back to the human driver. The current generation of Google's self-driving cars are an example of such level 3 automation vehicles. American willingness to pay extra went up considerably for level 4 automation vehicles that can drive themselves all the time without human supervision. The survey respondents were willing to pay $14,589 on average for such advanced self-driving cars that only require humans to name the destination. To carry out the study, researchers used an online survey firm to collect and filter almost 2,900 responses from American respondents and ended up with 2,167 usable responses. Researchers also gave different statistical "weights" to groups that were over-represented or under-represented in the survey to make the results more nationally representative. (For example, the survey sample over-represented Texans, females and bachelor degree holders among other groups.) Such research may prove helpful in allowing federal regulators and self-driving car manufacturers to better plan for the future of self-driving cars. Past studies have come up with a wide range of results when trying to predict how quickly self-driving cars will take over the roads.

How Success or Failure Could Change Minds

Uncertainty about the willingness of drivers to shell out more for self-driving cars has driven the more cautionary predictions. A 2015 study for the Victoria Transport Policy Institute in Canada envisions self-driving vehicles making up just 30 percent of all vehicles by 2040. Todd Litman, founder and executive director of the Victoria Transport Policy Institute, suggested that faster adoption of self-driving cars would require "middle-income motorists, who normally purchase used vehicles or cheaper new models to spend significantly more in order to purchase a new automobile with self-driving capability." By comparison, more optimistic studies envision most vehicles becoming self-driving cars within the next several decades. Several factors could affect the average driver's willingness to pay more for self-driving cars, according to the researchers at The University of Texas at Austin. Many people who currently do not want to pay anything extra for driverless vehicles could change their minds "as the technology becomes proven and they see their neighbors, friends and co-workers adopt [self-driving cars] to great success." On the other hand, a "well-publicized catastrophe"—such as a multi-vehicle car crash with multiple deaths due to a malfunction or cyber attack—could make people lose trust in self-driving cars and make them more reluctant to buy into the driverless future. Still, self-driving cars could change the way that people commute and travel even without becoming popular among new car buyers. That is because self-driving cars could act as on-demand robot taxis that anyone can hail with a smartphone app. But price still matters for such ridesharing services. A smaller study done by the same University of Texas at Austin group found that many Americans would not be willing to pay more for a robot taxi than they already do for today's regular ridesharing services offered by Uber or Lyft. To read more on the "sticker price" study, you can see a prepublication version of the paper "Forecasting Americans’ Long-Term Adoption of Connected and Autonomous Vehicle Technologies" on the website of the Cockrell School of Engineering at The University of Texas at Austin. The paper is currently under review for publication in the journal Transportation Research Part A: Policy and Practice.Editor's Note: I updated this blog post to include a mention and link to a previous study that examined people's willingness to pay higher prices for hailing robot taxis. Thanks to all my readers who raised the point about self-driving cars and ridesharing services.