Why Our Oily Fingers Can Never Soil the iPhone's Pristine Screen 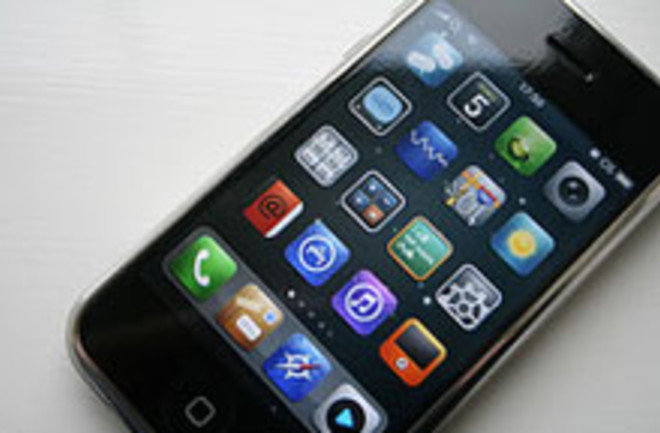 If you've held the new iPhone 3GS in your sweaty palm, you might've marveled at the way its shiny touchscreen deflects fingerprints and smudges. For that feature, you can thank an organic polymer infused into the glass screen by way of an intermediate molecule. This polymeric coating is oleophobic...meaning the oil from your fingers or face is more apt to stick to itself and to your skin than to the iPhone's screen. Television host and science educator Bill Nye the Science Guy explained how it works via Gizmodo:

The Applers were able to do this by bonding this oleophobic polymer to glass. The polymer is an organic (from organisms) compound, carbon-based. The glass is nominally inorganic, silicon-based… solid rock. The trick is getting the one to stick to the other. Although it is nominally proprietary, this is probably done with a third molecule that sticks to silicon on one side and to carbon-based polymers on the other side. Chemical engineers get it to stay stuck by inducing compounds to diffuse or "inter-penetrate" into the polymer. The intermediate chemical is a "silane," a molecule that has silicon and alkanes (chains of carbon atoms).... The polymer that the 3GS iPhone screen is coated with doesn't let the oil of your skin stick to it very much. So, you don't leave fingerprints. The key is in the intermediate compounds, the silanes that hold the plastic to the glass.

With this information, maybe your iPhone can double as a conversation-starter. After all, organic chemistry can generate some pretty great reactions. Related Content: Discoblog: iChoc: New Chocolate Factory Operated Entirely by iPhone Discoblog: Worried About Swine Flu? Perhaps Your iPhone Will Save You Discoblog: Today in iPhones: The Taliban Can Have Them, Melinda Gates Can’t