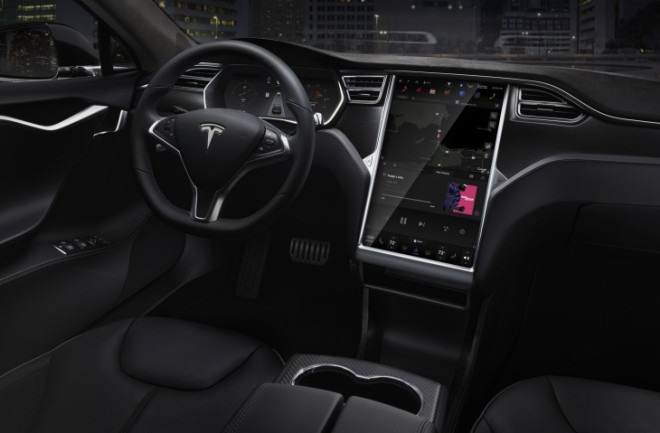 The interior view of a Tesla Model S sedan that has an Autopilot system representative of advanced driver assist technologies. Credit: Tesla When a 2015 Tesla Model S collided with a tractor trailer at highway intersection west of Williston, Florida, the resulting crash killed the Tesla driver. An investigation of the May 7, 2016 incident by federal investigators found that the Tesla car's Autopilot driver-assist system was not at fault and showed that the driver had at least seven seconds to spot the tractor trailer prior to the crash. But the tragedy emphasized the fact that the latest automated cars still require drivers to pay attention and be ready to take back control of the wheel. The need for human drivers to take control at least some of the time will last until automakers roll out the first fully driverless commercial vehicles. Most studies have understandably focused on how quickly drivers can take back control from future self-driving cars in emergency situations. But researchers at the University of Southampton in the UK found very few studies that looked at takeover reaction times in normal driving situations such as getting on and off of highways. Their new paper found such different takeover reaction times among individual drivers—anywhere from two seconds to almost half a minute—that they suggested automated cars should give drivers the flexibility to choose how much time they need. "It is evident that there is a large spread in the takeover reaction times, which when designing driving automation should be considered, as the range of performance is more important than the median or mean, as these exclude a large portion of drivers," researchers wrote. This matters because the handover between automated and manual steering could prove dangerous if the human drivers remain distracted or unprepared. Makers of automated cars might feel tempted to simply find the average control transition times among drivers and develop technology standards based on the average. But such systems would not work so well for drivers who react much more quickly or slowly than the average, according to the paper published in the online Jan. 26 issue of the Journal of the Human Factors and Ergonomics Society.

The Road to Safer Automated Cars

Most past studies only reported the average takeover reaction times instead of the full spread of takeover reaction times. The University of Southampton study found a fairly large spread despite involving a small sample size of just 26 drivers—10 women and 16 men—operating a Jaguar XJ 350 driving simulator. The UK researchers tested how well the drivers handled transitions between automated driving and manual driving both with and without the distraction of reading an issue of National Geographic magazine. Having the added distraction added a delay of 1.5 seconds on average to the takeover reaction times. That means automakers may want to consider making self-driving cars that can adjust takeover times if they sense the driver is distracted. "In light of these results, there is a case for “adaptive automation” that modulates [takeover reaction times] by, for example, detecting whether the driver gaze is off road for a certain period and providing the driver with a few additional seconds before resuming control," researchers said. TheUniversity of Southampton study also took the unprecedented step of looking at how long the human drivers needed to switch from manual driving to automated car control. That spread of times ranged from just under three seconds to almost 24 seconds.

Partial Automation Can Still Pay Off

This research was funded by the European Marie Curie ITN project called HFAuto: Human Factors of Automated Driving. But it's certain that tech companies and automakers such as Tesla have been conducting their own in-house research on distracted drivers and takeover reaction times as they develop the newest versions of self-driving cars. No commercial self-driving car yet exists that can drive all the time on its own. The most advanced automated systems such as Tesla's Autopilot still require drivers to keep their hands on the wheel at all times and to be ready to take back control at any time. That makes them function more like advanced highway cruise control rather than futuristic self-driving car technologies. The U.S. National Highway Traffic Safety Administration ranked the Tesla Autopilot system involved in the crash as being a Level 2 "partial automation" system that relies on human drivers to watch the road and take action in "dynamic" driving situations. But even partially automated car systems have the potential to save lives if automakers implement them while taking distracted drivers into account. The U.S. National Highway Traffic Safety Administration report on the Tesla crash noted that the installation of "Autosteer"—the heart of the Autopilot system that keeps the car within its lane—had already reduced Tesla vehicle crash rates by almost 40 percent.