Why Are Feminist Drones Dropping Abortion Pills on Poland? 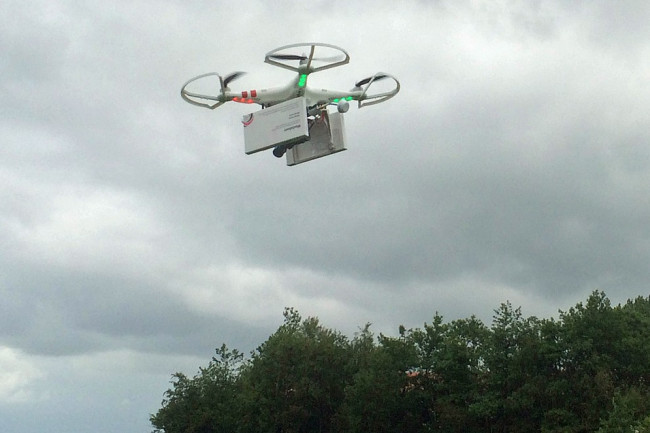 A Dutch feminist pro-choice activist organization, Women on Waves, has been using a drone to drop abortion pills across the Polish-German border.

The aim of the flight has been to highlight Poland’s restrictive abortion laws – a consistent topic of debate since the fall of communism in 1989.

Abortion was available virtually on demand in Poland between 1956 and 1989. Under state socialism, difficult living conditions or a difficult personal situation were grounds for termination. But in 1993, the country’s comparatively liberal abortion laws were comprehensively overturned. With post-communism came one of the most restrictive abortion laws in Europe.

There have been numerous heated parliamentary debates since then, as well as repeated opinion polling and many demonstrations that have seen both pro-life and pro-choice groups calling for changes to the law.

Abortion is only legally permissible in Poland under certain strict conditions. If the pregnancy constitutes a threat to the life or health of a woman, if prenatal examination indicates heavy, irreversible damage of the embryo or if an incurable illness threatening the embryo’s viability, it is legal. It is also legal if there is justified suspicion that the pregnancy is the result of an illegal act – but that must be confirmed by a prosecutor.

The law was briefly liberalized in 1996 to allow for abortions on social grounds until the 12th week of pregnancy. But after that decision was ruled unconstitutional, the country reverted to its restrictive legislation.

And even though Polish women face greater difficulty than their fellow Europeans in accessing abortion, pro-life movements affiliated with the Roman Catholic Church are still very much mobilized. They want to restrict access to abortion even further.

The basic objective of the 1993 law was to increase the birth rate and to reduce the numbers of abortions carried out. But Poland still has one of the lowest birth rates in Europe. Meanwhile, a 2013 poll found that between a quarter and a third of Polish women had had at least one abortion despite the restrictions.

This is echoed by the World Health Organization, which estimates that countries in eastern Europe (including Poland), have among the highest abortion rates in the world.

According to the Federation of Women and Family Planning, between 80,000 and 100,000 Polish women obtain abortions each year. The fact that in 2011 only 669 legal terminations were registered makes it clear that the law is not stopping the procedures from being carried out.

Polish women obtain abortions through a variety of routes. One is via the so-called white coat abortion underground, which can be easily accessed through newspaper adverts promising to “restore menstruation” or provide “gynecological support – full range”.

Such services are unregulated and costly – the price is estimated to exceed the average monthly wage. Given that helping a women obtain an abortion is an offense punishable by imprisonment of up to three years, these services must also be kept secret.

The second major route is via abortion tourism to Germany, the Czech Republic, the Netherlands, Austria, Great Britain and Slovakia. However, as well as the cost of travel, such procedures can cost hundreds of euros.

That’s where the drones come in. The third major route is through medical abortion, or so-called abortion pills. Foreign websites such as the one run by Women on Waves, and Women on Web, offer assistance to women seeking abortion. There is also a growing unregulated market in abortion pills on the internet.

Obtaining an abortion via all these methods is contingent upon having enough money to be able to pay – which means poorer women are more adversely affected by the 1993 law.

There is also considerable evidence that access to abortion, even where it is permissible, is very difficult to obtain. To avoid falling foul of the restrictive laws, doctors in Poland routinely avoid or refuse to perform abortion procedures. They often insist on additional certificates, referrals or letters of approval from supervisors, or use the conscience clause to refuse access.

This means that even women who are legally eligible for abortions still continue to use the abortion underground, because obtaining an abortion through the legal channels is so difficult.

While women of childbearing age who have the financial means to do so continue to find ways to access abortion, Polish society remains polarized on the subject.

Initiatives such as the drone missions are but the latest in a long line of attempts to highlight how unjust the system is in Poland, and how the country continues to violate women’s rights.