A group of true believers is hard at work on machines that could take us to the stars. (Some patience required.) 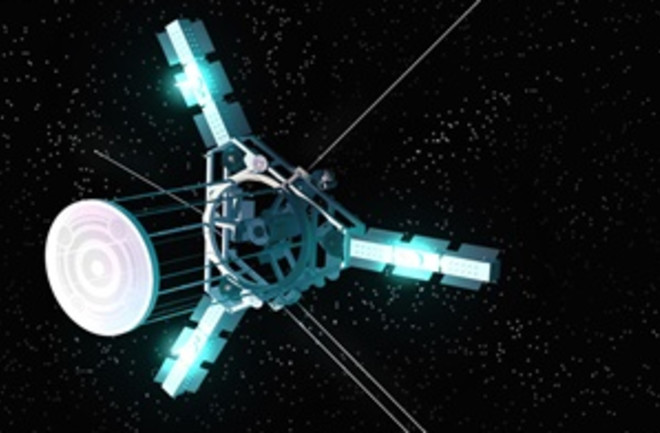 You know what it’s like to have an itch that you just can’t scratch? That’s how I feel whenever astronomers discover an intriguing new planet around another star — especially the recent reports of planets like Kepler 438b and Gliese 667 Cc that seem similar to Earth in size and temperature. Are they host to alien life? Are they strange, deadly worlds like Venus, or something completely bizarre, unlike anything we’ve seen before? I am restless to go there and get a look.

Judging by the many comments I’ve received and seen online, I’m not the only one. But man, is it a hard itch to scratch. The distances between stars are immense. Consider Voyager 1, the fastest spacecraft in the solar system. It took 18 months to reach Jupiter. Thirty-eight years after launch, it has fled 12 billion miles from the sun. At this rate, it will travel the distance to Alpha Centauri, the nearest star system, in about 70,000 years. Getting to Kepler 438b would take a boggling 8 million years, considerably longer than our species has been around.

I’m not crazy enough to imagine full-on, USS Enterprise-style technology in which trips to the stars happen in a matter of days (or rather, in the span from one episode to the next). But I would at least like to see a mission that could be completed in a single human lifetime. Physicist Marc Millis agrees. “Seventy-one years or so might be the threshold where it’s interesting enough to go forward and actually do it,” he says. For three decades, Millis worked at NASA, where he led the Breakthrough Propulsion Physics Project at the Glenn Research Center. Now he is the founder and director of the Tau Zero Foundation, dedicated to — here we go — the pursuit of interstellar flight.

It’s telling that Millis is no longer a NASA employee. Interstellar travel receives almost no support from traditional research institutions, either here or abroad. Other than one small joint project with DARPA (the advanced-concepts arm of the Department of Defense), NASA has been forced to defer work on the problem due to budget cuts and shifting priorities. But Millis and a hardy band of like-minded scientists carry on, driven by a whole range of motives that he lumps together as “hope for the future.”

The first step in plotting a course to another star is figuring out what directions not to pursue. A far-out project like this tends to attract an enormous amount of wishful thinking and unrealistic claims. Case in point: Last summer, a group of NASA-affiliated researchers at Eagleworks Labs reported measuring thrust from an EM-Drive, an experimental space engine that uses no propellant. That makes as much sense as saying you figured out a way to propel your car while pushing it from the inside.

“The EM-Drive and warp-drive stuff is not in the category of what I’d call ‘behaving scientifically,’ ” Millis sighs when I mention the Drive. He has a whole category for “idea zombies — bad ideas that won’t stay in their graves.” In an influential review paper, he picked through more than a dozen proposed interstellar propulsion technologies and ruled out many of them as either improbable or impossible. The zombie category includes gravity-blocking devices, such as the Podkletnov disk, that still occasionally get touted in online conversation and future-tech blogs.

OK, then, so where should we focus our efforts? “Rather than pick favorites, we should chip away at all the unknowns,” Millis says. It sounds like an evasive answer, but as we talk further, I realize that it is the single most important idea in interstellar travel. Humans simply do not know enough yet to figure out the best way to reach another star within a lifetime.

Any such voyage would require not one but multiple technological breakthroughs and probably would rely on completely new scientific concepts — perhaps including the fabled, but still utterly speculative, warp drive. Working on many approaches at once maximizes the likelihood of success and pretty much guarantees meaningful advances whether or not they lead specifically to workable starships.

Millis has far more specific thoughts about when interstellar travel will happen. The secret is to think of the problem in terms of kinetics, not technology. Regardless of the mode of propulsion, moving a certain amount of mass from Earth to Alpha Centauri in a certain amount of time consumes a well-specified amount of energy. (I’m ignoring the sci-fi dream of a self-powering device that ignores the laws of physics. If it were possible, it would negate this entire discussion.)

The logic here is straightforward. Look at the fraction of total world energy output devoted to exploratory space launches today — about 1 part in a million. Look at the long-term trend in the growth of the world energy supply. Then figure out when the total supply (or, equivalently, the global economy) will be great enough to support a 75-year interstellar mission. If you assume moderate growth of about 2 percent a year, then the energy equations say that humans will be able to launch a 20,000-pound space probe to Alpha Centauri sometime in the 26th century.

I am starting to itch again.

Small Steps to the Stars

Fortunately, the story does not end here. There are ways to get going a lot sooner: by making the probe smaller, by accepting a longer trip, or both. Tau Zero and the British Interplanetary Society — its older, more established counterpart across the pond — are collaborating on Project Icarus, a blueprint for interstellar travel by the year 2100, and on its associated foundation, called Icarus Interstellar.

Project Icarus does not specify mass and speed goals, but it endorses a well-established energy source: nuclear fusion. Scientists can already trigger limited fusion reactions in the lab and abundant (if somewhat uncontrolled) reactions in a hydrogen bomb. Achieving a fusion rocket before the end of the century doesn’t seem out of the question. Working on a similar time scale, the NASA-DARPA collaboration I mentioned earlier has spawned a private foundation called the 100-Year Starship. The “100 years” refers not to travel time but to how long the project would need to run to develop interstellar technology.

In keeping with Millis’ “chip away at all the unknowns” philosophy, these groups promote a whole host of propulsion ideas. Millis ticks off a range of promising near-term technologies. In addition to fusion, his list includes laser- or maser-driven sails, electromagnetic rockets and an antimatter drive. (An antimatter production line already exists in Geneva, although it produces exceedingly tiny quantities.) Really, there is no shortage of ideas. There is just very little funding to support them.

The solution, Millis argues, is to start small. A few years back, NASA sponsored a study for the Innovative Interstellar Explorer, which would use a beefed-up version of the ion engine on the current Dawn spacecraft to dip into the near edge of interstellar space. Icarus Interstellar is supporting a study called Tin-Tin, which would also use an ion drive or similar tech to send a 20-pound probe to Alpha Centauri. Target travel time: 25,000 years.

Before you scoff at that number, remember that this is just phase I, a developmental project ambitious enough to be inspirational but limited enough to be affordable. Building Tin-Tin would require staggering improvements in autonomous computing, communication, miniaturization, radiation resistance and device longevity. These are the kinds of engineering challenges that have traditionally sparked the most important innovations to come out of the space program.

All of which circles back to Millis’ central theme. The point of these interstellar programs is not, as I had initially hoped, to send back postcard pictures of another Earth in my lifetime. The goal is to mark out a path, one that will produce substantial, tangible benefits along the way. “There’s an expectation that interstellar travel is going to be really expensive, and yeah, the implementation might be,” Millis says. “But these baby steps we’re taking? If we had on the order of $10 million a year — which, compared to many things, isn’t a lot — we could make a huge amount of progress.”

It is like investing for retirement: Small contributions now yield a huge benefit later. I just wish I could be around to witness the final payout.