What the Heck is an Ornithopter? 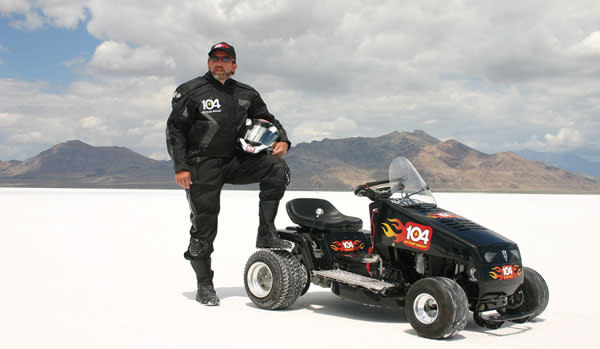 Bobby Cleveland made history again today, as he stole his world record back from Don Wales by speeding across the Bonneville salt flats at an average of 96 miles per hour. The record in question? Fastest land speed on a lawnmower (that can still cut grass). The pimped-out mower in question, called the 104+, is highly modified to reach extreme speeds. The team was initially aiming for over 100 miles per hour, Cleveland said in a video by Itnnews: 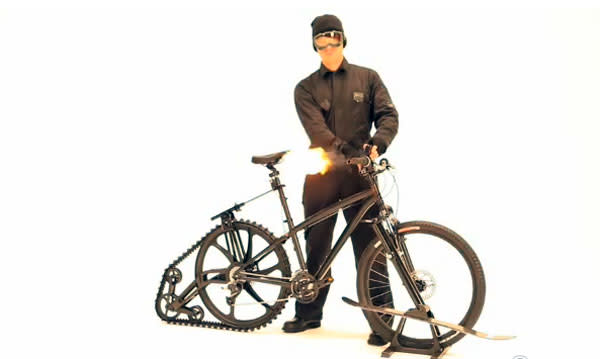 This bike/ski/bond-mobile mashup is known as the Bond-bike. It can power over pot holes, shoot flames from its handlebars, and can eject its seat. The name seems to have several meanings: It's an obvious reference to a James Bond-type vehicle, also refers to the bike's abilities as a type of "insurance," and is an acronym for the contraption's full title, the Built of Notorious Deterrents bike.

The insurance company ilovemybike.co.uk built the bike after polling 800 riders about what they hate most about bike life. It won't be up for sale for everyday consumers, but it will be on display at the Cycle Show 2010 in London. Or get a close up look at the bike in this video. 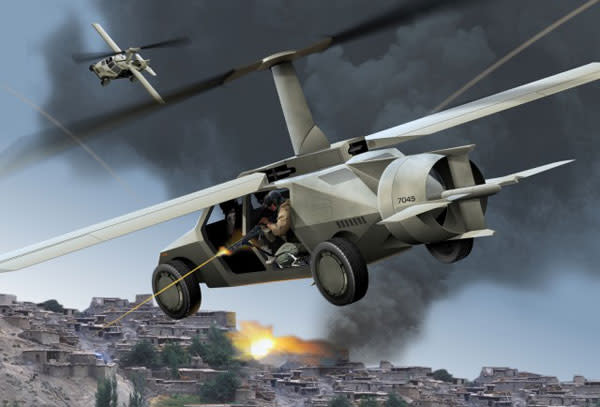 A Humvee that can fly? That's what AAI Corporation has proposed in response to DARPA's "Transformers" project--which called for vehicles which would be able to avoid threats in new and improved ways, in response to increased threat of improvised explosive devices.

The company won a $3.05 million contract for feasibility studies of the flying tank. The proposed vehicle would be able to drive around like an SUV, hold four soldiers, and could reach an altitude of 10,000 feet and fly 250 miles on a single tank of gas. The company will also need to automate the craft's take-off functions, so any Humvee driver would be able to escape a land threat. 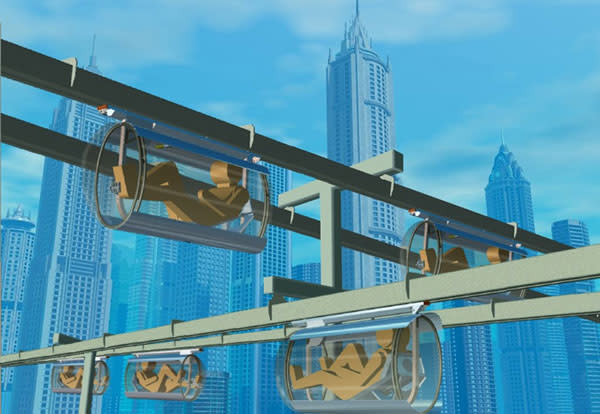 This person-powered bike in a bubble may be the next wave in personal transportation. Or, "personal trains-portation" as the company likes to call it. Shweeb just got a $1 million grant from Google's 10^100 invention contest to refine their idea into a workable urban transport system.

To power the Shweeb, the rider lies back in a recumbent bike position and pedals her way to work. The company even claims that the energy required to propel the Shweeb is less than it would take to walk, yet it propels you four times faster. The company is currently working out the logistical issues surrounding using the pods in a city.

Photo Credits: Image: Flickr/Faculty of Applied Science and Engineering, U of T

Another human-powered crazy transportation method that made news recently was the first official flight of a manned, and man-powered, ornithopter. An ornithopter is a craft that flies through the air by flapping its wings, which are as wide as a Boeing 737's. This ornitopter made it a distance of 475 feet in 19 seconds, propelled by the furious pedaling of the pilot inside the tiny cockpit. It has since been retired and will be donated to an aviation museum.

The team who designed and built the ornithopter had a special goal in mind: to show that even air travel could be green. And while the craft may not be the fastest or most practical ride, the team is working to improve the craft by decreasing the weight, increasing the efficiency, and improving the wing kinematics. It sure looks pretty though.