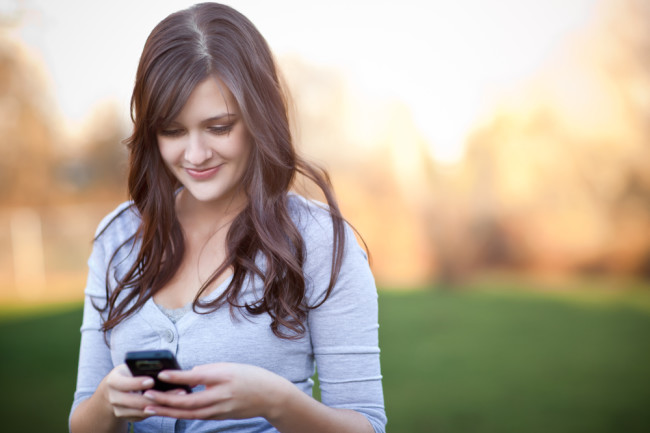 The researchers compiled data from 37 million random, geolocated tweets written by 180,000 different people in the United States during the year 2011. They analyzed the tweets to find out three things about their senders: average movement, location and happiness. Average movement essentially measures how big a person's normal, everyday bubble is---how far they tend to travel on a regular basis. Think daily commute and regular haunts. The second measure was the distance that a tweeter was from his or her usual work/home route when composing a tweet. This is more along the lines of a trip or vacation. The third measure---happiness---relied on something called a hedonometer

, a tool that attempts to quantify happiness. The hedonometer works remotely and in real time by analyzing the average happiness score of words contained in tweets. The 10,000 most commonly used English words all have a score on a scale of one (sad) to nine (happy). In this study tweets weren't scored individually but in aggregate: all the words used by tweeters in a particular group (those close to home, far from home, etc.) were tallied up, averaged, and then compared. Some of the findings were predictable: most people spend most of their time in one of two locations: work or home. And people tend to send fewer tweets from work than from home. But other findings were more subtle. People who have a higher average movement tended to laugh more than those who tended to stick closer to home---or at least they included "hahaha" more often in their texts. In contrast, those close to home laughed more often than those far away. Overall, the happiest tweets were those composed far from home. Messages sent from 1,500 miles or more away included more positive and food-related words (beach, new, great, park, restaurant) and fewer negative or profane ones (no, don't, hate, can't, damn). The next happiest group of tweeters were those close to their homes, who used more words like lol, love, like and good. The least happy tweeters were those who weren't quite at home but weren't far from it, either. The researchers associated this distance (about half a mile) with a bummer of a daily commute. The results

of the study were published online at arXiv.org earlier this month. So, even if you can't take a vacation in the near future, remember the moral of the story, as the study frames it: "Individuals with a large radius use happier words than those with a smaller pattern of life." If you're happy and you know it, send your tweet. Image courtesy of arek_malang/Shutterstock