Welcome to the Drone 360 Blog! 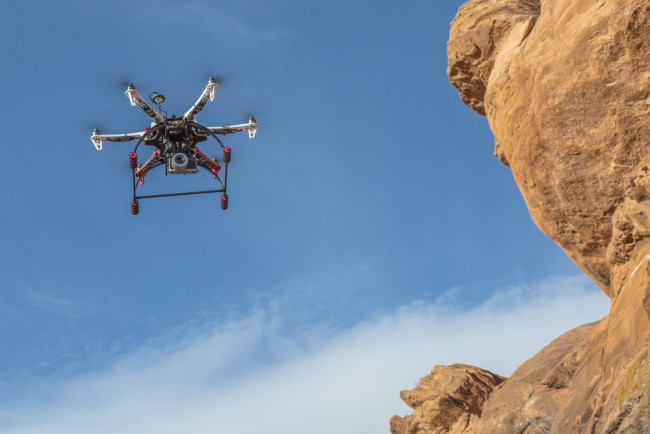 Silicon Valley entrepreneurs love to talk about “disruptive technology,” or innovations that shake up traditional markets in the process of carving out their own unique space. The term is bandied around so often that it’s almost cliché. But when it comes to drones, one can’t escape the notion that these aerial machines are disrupting the status quo — for good and for bad. Drones are policing criminal behavior. They’re reshaping the filmmaking industry. They’re changing higher education. They’re invading your privacy. No matter how you slice it, drones are here, and they aren’t going anywhere. That’s why we launched our newest blog, Drone 360.

Drones are becoming big business. According to a recent study, drone markets are poised to grow from $609 million in 2014 to $4.8 billion worldwide by 2021. Police departments, oil and gas industries, border patrols, disaster response teams, movie directors, farmers, retailers and, of course, hobbyists are excited to recruit drones for myriad tasks. Although drones won’t ever entirely replace humans, they can certainly make people more effective and efficient on the job. But there’s also a dark side to drones. Although it was an honest mistake, people were naturally unnerved when a drunken man accidentally flew his drone into the White House lawn. It’s not a stretch to imagine a person using a weaponized drone to carry out evil intentions. Even innocent amateur pilots sometimes fly where they shouldn’t and endanger the lives of people on commercial airliners. And we haven’t even mentioned the elephant in the room: privacy. 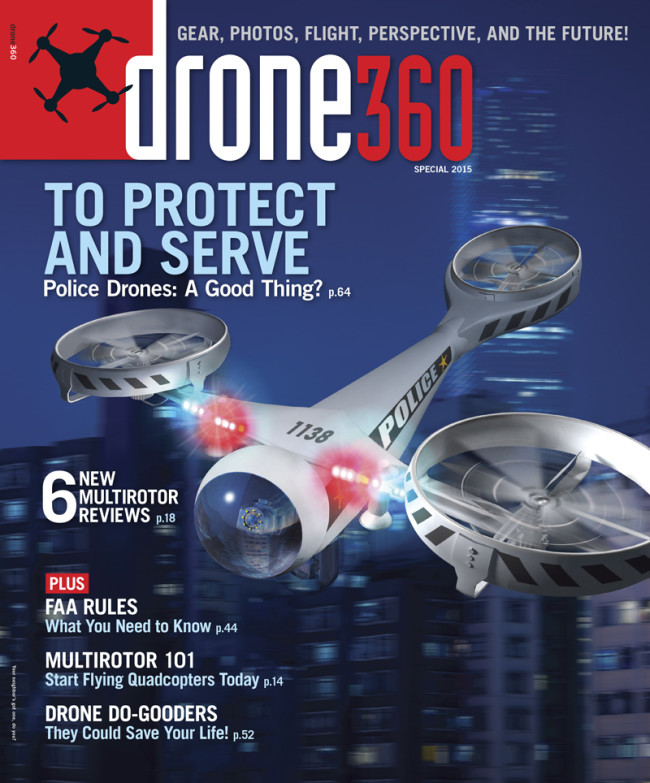 Here's a peek at the cover of the first issue of Drone 360. Here at Drone 360, we want to talk about the good, the bad and the funny stories that are unfolding daily as the drone industry continues to ascend. We’ll spotlight some of the coolest videos shot with a drone, pilot fails, news on regulations and anything else that catches our eye. And this blog is just scratching the surface. We’ve also worked incredibly hard to release the our first issue of Drone 360 magazine, which you can purchase in a print or digital version. Drone 360 is a magazine tailored for anyone interested in drones – whether you’re a hardcore hobbyist or are just fascinated by the technology. In our first issue of Drone 360, we take an unfiltered look at the way police departments are catching criminals with drones — and the ethical concerns that have arisen. We’ll show you how to get started in drone filmmaking, give you a rundown on regulations and review drones we had a blast flying. We’re incredibly proud of the issue, and we think you’ll love it too. So now that Drone 360 has officially taken off, we hope you’ll become a regular visitor. And if you have a story that’s just burning to be told, don’t hesitate to email me at cengelking@discovermagazine.com.