Wall-Climbing Bots: This One Doesn't Bite The Dust 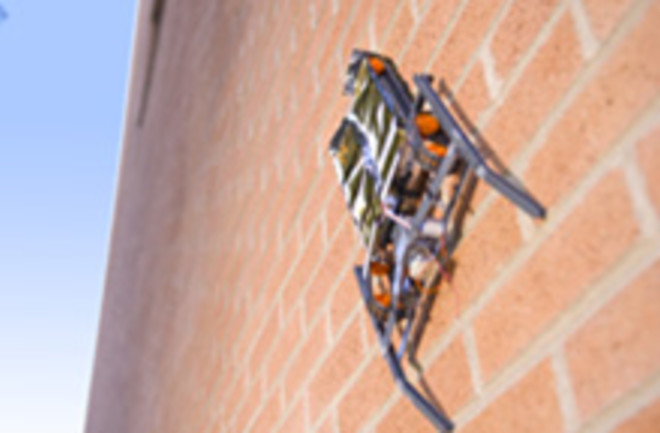 Spiderman, make way for Spiderbot. Engineers have created bots that can climb the walls of any building—even walls covered in dust. These remote-control-car-sized robots can march up vertical surfaces made of wood, concrete, glass, brick, steel, and drywall. Electricity is the secret to their ability. Each bot is armed with a power supply that gives the robot positive and negative charges. When the robot moves, the wall automatically generates the opposite charges, allowing the tracks on the bottom of the robot to stick to anything—even a vertical wall. "In some ways it is similar to rubbing a balloon and sticking it on the wall, except we carry our own power supply and are able to control the adhesion," research engineer Harsha Prahlad at SRI International told the BBC. Robots learned how to walk before they could crawl on surfaces, but as the technology matures, it’s important that they’re designed to scale walls, too. These new spiderbots could have a number of uses, including search-and-rescue missions, or inspecting and repairing airplanes, spacecraft, or bridges. And here’s an idea for the next robot Olympics: Add wall climbing to the list of competitions. I mean, come one—there are already competitions for sumo wrestling, kung-fu fighting and weightlifting. Image: Harsha Prahlad/SRI International