VIDEO: Man Rescues His Drone... With Another Drone 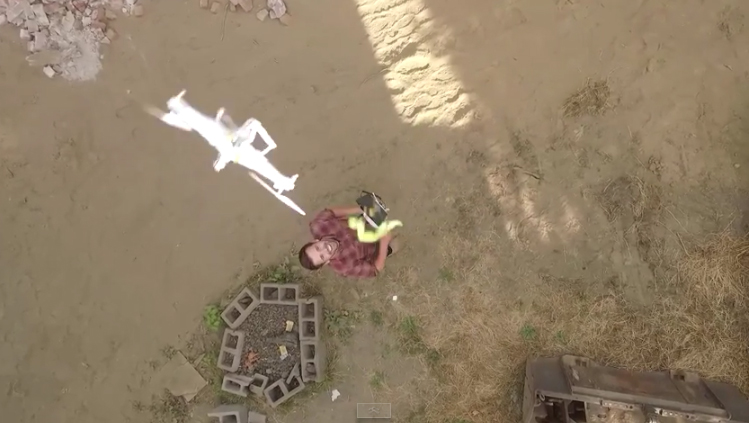 When your drone gets lost on a neighbor’s rooftop, it’s high time to channel your inner MacGyver. And that’s exactly what Harrisen Howes did. Two months ago, Howes’s roommate enjoyed one too many alcoholic beverages and drunkenly crashed a DJI Phantom onto the roof of a neighboring home, according to Howes’s YouTube post. In response, Howes upgraded to a larger drone and pieced together a rescue mission. Howes strung two hooks — fashioned from coat hangers — to the larger drone and flew to the crash site.

Although the two hooks hardly appear steady, one of the hooks finally nestles beneath the Phantom’s rotor and secures the craft in its grip. The Phantom, hanging by a rotor, swings violently to and fro, while dramatic music plays in the background. Despite the precarious nature of the rescue, the Phantom makes the short journey home, and neither drone nor human suffered injury. Dangling a nearly 3-pound drone over a public area isn’t the safest — or most legal — thing to do, so you’ll probably just want to knock on the door if you find yourself in the same situation. However, there is a lesson we can all take home from Howes’s situation: Friends don’t let friends drink and drone.