Using Nuclear Tests on "Aged" Whiskey Could Save You $30,000 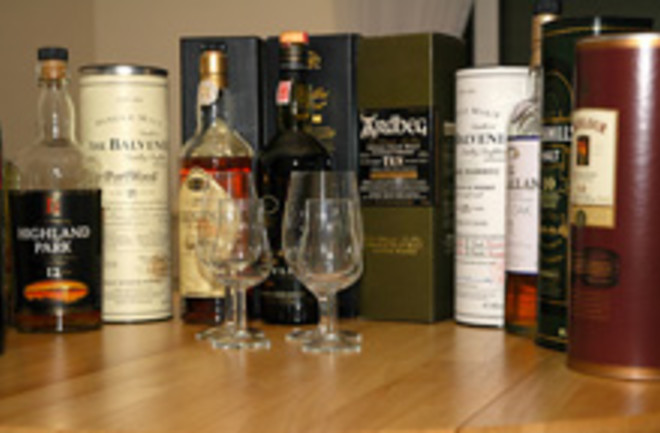 People who take their Scotch seriously—and many should, if they're paying up to $38,000 a bottle for it—may have just made some new, unexpected friends: archaeologists. Whiskey connoisseurs will want to borrow an archaeological technique now that scientists have learned that radiocarbon dating can weed out counterfeit whiskey. Counterfeits have become a problem in the world of finely aged Scotch. Fakes claim they were made hundreds of years ago, when in fact they are just a few years old. But small amounts of radioactive carbon are absorbed by barley before it's harvested, and by using a technique normally used to date ancient fossils (and created by nuclear bomb tests in the 1950s), scientists can identify the exact age of whiskey samples by detecting traces of radioactive particles. Even older whiskeys, from previous centuries, can be dated using natural background levels of radioactivity. So far, more fakes have been found than authentic whiskeys, and would-be bidders were saved a pretty penny when a bottle of 1856 Macallan Rare Reserve was withdrawn from a Christie's auction after scientists found that it was actually produced in 1950. The earliest whiskey to be dated came from the 1700s, with most coming from the 19th century. So next time you find yourself considering that $30,000 bottle of Scotch, make sure to confirm first it's as radioactive as it should be. Related Content: Discoblog: New Robots Could Tell Whether the Wine is Fine