The Sputnik generation handed us a lead. Now we're squandering it. 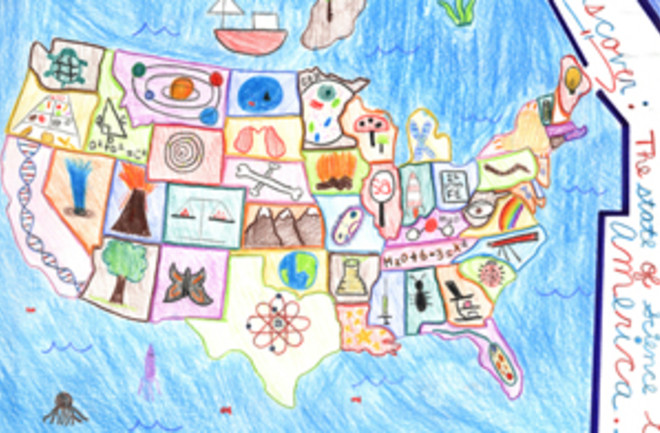 Americans are justifiably proud of our strength in science and technology. We lead the world in almost all fields of fundamental research and technical innovation, from cosmology to nanotechnology. But as a witness, participant, and beneficiary of American science, I am worried that the scientific excellence that underlies our economic and military strength may not continue. The three pillars that have supported the creation of science in America—inspirational leadership, abundant government funding, and a seemingly endless flow of young talent—are eroding.

I am a member of the Sputnik generation that was inspired by our national leaders to contribute to our national strength through scientific discovery. Presidents Eisenhower, Kennedy, and Nixon issued rousing statements concerning the importance of keeping pace with the Russians in science and technology. Presidents Johnson, Carter, Reagan, and Clinton emphasized the importance of science and technology for both job creation and a competitive economy. Today the voice of science from the highest levels of our government is muted. The office of science adviser to the president is downgraded—the adviser no longer attends cabinet meetings—and the Office of Technology Assessment that provided insightful leadership to generations of executive and legislative leaders was abolished in 1995.

In high school, many of my generation were offered the latest educational tools, like physics and chemistry courses newly created—thanks to generous government funding—by the greatest physicists and chemists of the time. As a freshman at the University of California at Berkeley, I was one of 15 students who received support from the National Science Foundation (as part of a nationwide effort to attract university students into science and engineering careers) to study the work of 10 Nobel Prize–winning scientists and to spend a day with each of them. The same program provided additional support to do research in top labs around the country for the next two summers. Is it any wonder that we all became scientists ourselves? Such programs have now been phased out. Sadly, the debate today is not about how to create the best courses that reflect the wonders and excitement of modern biology but rather over whether to teach creationism.

Funding, the lifeblood of scientific progress, is in danger as well. Government training grants supported my graduate work in the laboratories of James D. Watson and Walter Gilbert at Harvard University and my postgraduate work at MIT in the laboratory of David Baltimore. Funding through the newly launched War on Cancer provided support for my independent research career at Harvard Medical School. Start-up grants were also available for the 15 young faculty members I recruited as I built two new academic departments at the Dana-Farber Cancer Institute. I fear much of this would not be possible today. Funding is generally flat not only for the health sciences but for the physical sciences as well. Moreover, our government seems to have lost its appetite for large science programs, including the high-energy particle colliders that have been a source of so much technical innovation.

American science, technology, and innovation undergird our economy. High-tech and biotech companies ring the important centers of innovation in Boston, Palo Alto, San Diego, Chapel Hill, Houston, and other cities. Abundant venture capital willing to invest in high risk–high reward ventures made it possible for me, as a university professor, to create six successful biotechnology companies. Later, even more adventurous souls at HealthCare Ventures provided the funds to create Human Genome Sciences, a company I led for more than 10 years, during which time we helped decipher the human genome. Flexible and enthusiastic capital markets allowed me to raise close to $3 billion to fund this work, which I believe will lead to breakthrough treatments in several serious diseases. It would be much more difficult, if not impossible, to create these companies today. We are becoming more risk averse in transferring technology from the laboratory to commercial application.

Finally, I fear that the flow of new scientific talent from both here and abroad is ebbing. My laboratories at Harvard and my biotechnology companies were staffed by both brilliant young Americans and the best young minds from abroad. Scientists from 58 different countries worked at Human Genome Sciences. Today the number of new U.S. university students choosing careers in science and engineering is barely holding steady, despite the ever-increasing percentage of women selecting careers in science. Science teaching in our elementary and secondary schools is generally poor and lacks the élan and innovation of earlier times. Ambitious students are electing careers in finance and entertainment. Tighter immigration restrictions, declining American prestige abroad, the rapidly growing strength of the scientific establishments in China and India, as well as the limited supply of H-1B visas granted to foreign professionals (just 65,000 each year), contribute to the declining numbers of new foreign scientists entering the United States.

I believe that the structural weaknesses in American science are not only beginning to undermine our leadership in science and technology but also to threaten the long-term health of our economy. Fortunately, it is not too late to reverse these trends. Leaders who call for Americans to meet the challenge, support fundamental research, and support educational and career initiatives in the sciences can mobilize a new generation of scientists. We just need to recognize the seriousness of the situation: We have not yet killed the goose that lays the golden eggs of science and technology, but we have placed it on a starvation diet.