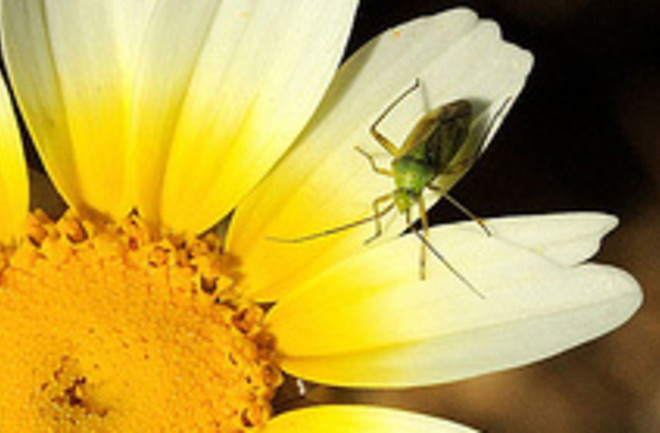 The newest battle being fought by U.S. military forces is against insects. Fluorescent rodent feces and a new, improved flytrap were among the pest-control innovations presented at this week's American Mosquito Control Association convention. In attendance were researchers from the Pentagon's Deployed Warfighter Protection Research Program, whose goal is "to take no prisoners among disease-carrying flies, mosquitoes and other bugs that threaten Americans in uniform abroad." The program spends an annual $5 million developing methods to fight disease-carrying insects that threaten troops. And what's good for the troops, officials say, is ultimately good for the public: Existing malaria- and dengue-fighting technologies have been the result of military-driven research. Citizens at large have the military to thank for DEET, a common ingredient in insect repellents, as well as several chemical-treated fabrics that keep ticks and mosquitoes at bay. This year, Navy Corpsman Joe Diclaro II came up with a fold-up flytrap that will likely be distributed in the field in bug-catching tubes. He made the trap blue in color, after observing that flies prefer blue or white—and that all the products currently on the market are yellow. He's proud of his creation: "I like to think of it as a death device," he said. Meanwhile, Louisiana State University scientists are capitalizing on the research advantages fluorescent feces have to offer. Knowing that sandfly larvae feed on hamster feces, they fed hamsters a dye that glows hot pink in fluorescent light, followed by two chemicals that kill sandfly larvae but are harmless to rodents. It worked—the larvae took the bait, ate the feces, and died. At least they got to glow on their way out.