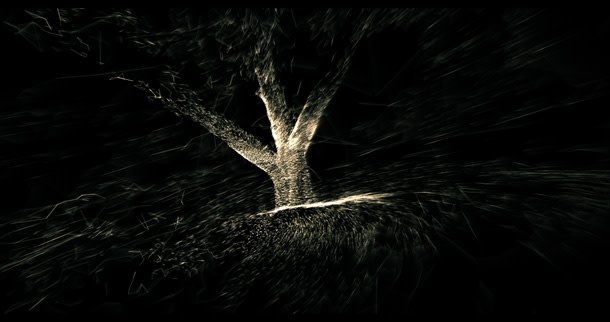 These images are stills from a 3D movie called Upending created by the groundbreaking digital artist's collective OpenEnded Group. Upending premiered at the Experimental Media and Performing Arts Center at the Rensselaer Polytechnic Institute in March 2010.

The origins of these images may surprise you. For example, the tree and tree swing images were captured from the real world in hundreds of digital photographs from every possible angle. The resulting digital photographs create 'point clouds' which the computer assembles into one complete 3D rendering.

Paul Kaiser of OpenEnded Group writes: "The effect is of haunting stereoscopic spaces that seem to float halfway between our world and another. We’ve been intent on losing the fixed frame of the photograph, enabling the viewer to focus on particular objects or figures that they single out within the depths of the image." 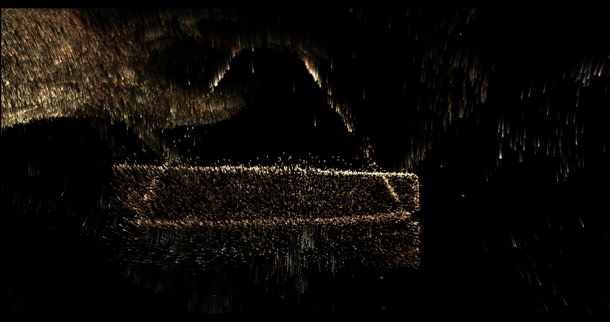 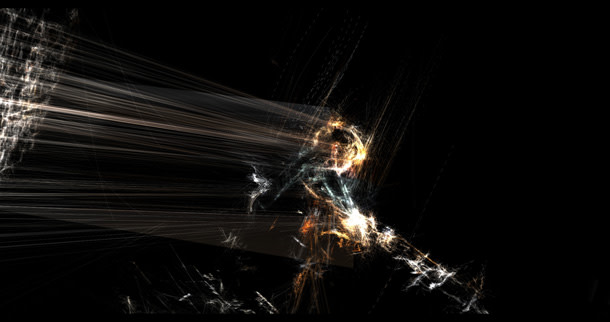 Figure rendered via 'point cloud', color based on real color at the scene, abstraction created in 3D via the OpenEnded Group's open source software program, Field. 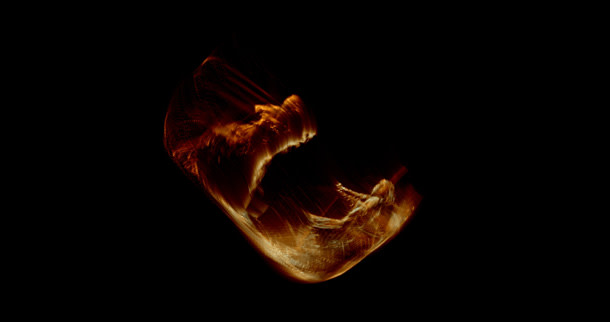 Another source of Upending imagery are drawings made on an electronic tablet, and projected into 3D via the OpenEnded Group's open source software program, Field. These drawings can then be set into human motion by means of motion capture. These figures are children spinning themselves dizzy. 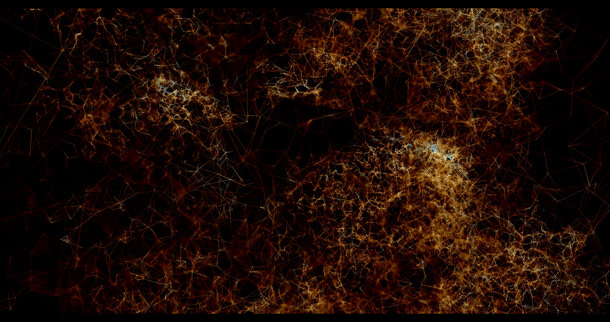